Did not really work

So, dear Carolina, you did say “yes” when I asked you if you wanted to play this sexy game with me, but what you meant by “yes” I still don’t know. Because although I sent you the agreed smiley, the emoticon with the mischievously grinning devil, nothing came from you – nothing. No trace of sexual tension as usual at the moment.

The sexual tension should be palpable

So I just invited you to go to the mountains with me. On a beautiful sunny day. Sure, these days don’t happen that often here in Germany, but I had time and could wait. You agreed and were looking forward to a nice trip. To increase the sexual tension, we agreed on something that was rather unusual for us: silence. We were both forbidden to speak a single word during our ride. The eroticism should thus be almost tangible in the air.

When you finally got into my car, I almost had a stroke, the drool almost ran out of my mouth when I saw you like that. You had on a top that you posted online today in one of your Instagram photos where you winked at the camera. I had given it a hot flame and you sent me back a heart in response.

The black top almost made my eyes fall out

It was a black top that looked like it was knotted under the chest. In any case, it allowed a hot look at the base of your beautiful tits. You could always wear a neckline like that, it makes me crazy to see you like that! And in addition, these full, gorgeous lips – simply gorgeous. But also the photos from today in the blue bikini were not to be scoffed at!

You sat down on the passenger seat and gave me a kiss on the cheek. At the same time you supported yourself with your hand on my thigh. Damn close to the bulge that you could already guess in my pants, just from the anticipation my cock was already half stiff. So off we went and the sexual tension actually rose. We didn’t speak a word, but smiled at each other every now and then.

One hell of a woman, breathtakingly seductive

You looked very sexy and seductive, I had trouble concentrating on the intercourse. Especially when you licked your lips and looked deep into my eyes, your hand disappeared between your legs.

Damn, were you stroking your pussy next to me in the car? I felt hot and cold at the same time. Again and again I had to look over at you. My gaze wandered from your neckline down to your hands, one of which had disappeared into your skirt and the other was kneading your left breast. Now my cock was fully hard. And that is exactly what you intended. You wanted to turn me on and you had.

But what happened next surpassed all imagination: you winked at me once again and then took something out of your pocket. It wasn’t just anything. Nor was it something that left me cold. Sure, I wouldn’t have been able to do much with it myself, but you certainly could. Especially in my presence. That’s what you had in mind. You wanted to make me submissive. And greedy. Greedy for you. After your body. I had long since fallen for it.

I was amazed at what you did before my eyes 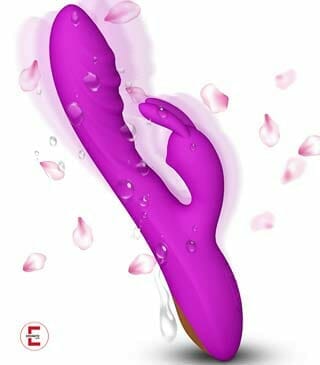 You almost ran out when you did it to yourself

The smacking of your labia, wet from the pussy juice that was already running down your thighs, was clearly audible. Now I could not. My cock was so hard that it almost hurt.

Still neither of us spoke a word – as we had done the entire car ride. With a jerk, I stopped the car at a suitable spot on the edge of the forest where we were undisturbed.

From here I took the helm and dominated you

Now I controlled your desire. With quick movements I brought you to climax. Now the sexual tension was almost unbearable. While you were recovering from the orgasm that had shaken your body, I kissed you gently, only to pull you roughly out of the car by your hair. I pushed you onto the back seat, where I flipped you over so that you came to lie on your back.

Your wrists I held with a strong grip and pushed my tongue headfirst into your mouth. We enjoyed the game and kissed passionately. With one hand I kneaded your tits, with the other I searched the way to your pussy. With nimble fingers I fingered your pussy, but forgot neither your clit nor your nipples, which I worked alternately with mouth and tongue. Now you had to groan again, which I enjoyed very much.

I freed your breasts from the top. Since you weren’t wearing a bra, it was very easy. Your large melons were now lying exposed. With both hands I kneaded them until you took them in your own hand and squeezed. The sign for me to get my cock out of my pants and enjoy a titty fuck. So while I fucked your tits with abandon, you kept snapping at my hard penis.

Meanwhile, my cock continued to stick in your mouth and was caressed by your full lips and nimble tongue. A dance between glans and frenulum that made the sperm in my testicles slowly boil.

Now I needed a break for a while. We had a drink and enjoyed the break to catch our breath. My penis went flaccid again. Still we did not speak a word. However, the sexual tension was still in the air. I lightly pinched your cheek and caressed your large breasts once again.

Wow – also the return trip had it in itself

For about twenty minutes we just lay next to each other and caressed each other. I your belly and your legs, you my arms and my neck. From time to time my hands found your tits and yours found my balls, which you gently kneaded. My tail you touched at the same time as if by chance. It was clear that he was already getting a little excited again.

About another ten minutes later of just lying there, making love and kissing (I nibbled on your neck a bit), we headed back toward home. But we did not get far. You had already unpacked my cock at the beginning of the ride, leaned over to me and took it in your mouth.

Like a witch on the volcano, only much hotter

A little later I dropped you off at home. We said goodbye with a tender kiss and both knew that this would not be our last adventure. We had not spoken a single word to each other on this until then, maintaining the sexual tension throughout the three hours.

The 13 weirdest sex fetishes in the world

Interesting News
13 sex fetishes you've never heard of. Or did you know formicophilia or catoptronophilia? Because hybristophilia is more common than you think. We're clearing up!