Eronite – the contact for the big world of eroticism

Since 2006, Eronite Movie Productions has been a label with the focus on fetish and SM films in German language in the form of DVDs and VODs. Special sublabels then complete the category for hardcore, reality and amateur content.

Eronite wants to earn money together!

In more than 13 years the company has already gained professional experience in the world of eroticism. In addition, the Movie Productions team was able to get to know the various facets of commercial and non-commercial porn scenes. For years, the professionals have been looking after men and women who want to become known in the hot adult world. The management of Eronite Movie Productions supports the prospective actors not only with content and practical support in the webcam and actor work. But also in sales and marketing, in graphic and web design, in legal support and financial advice. For all needs, wishes, concerns and uncertainties, the professional team is there to help with advice and action and is always ready to listen.

Hera Delgado, a filmmaker who has specialized in confessing fetishists, is herself a confessing SM fan and has been moving in this scene for years. This long-time experience enables her to know her fears and worries, wishes and preferences and places special value on the authenticity of the performance. For these reasons Hera Delgado intervenes cautiously and supportively between the actors.

Lust for others and also for the same sex as well as sensuality, desire for another body and hot sex. This is written in capital letters with Eronite. All kinds of preferences, inclinations and secret fantasies find their way into Eronite. And the editorial staff constantly puts together the best from all areas. In addition, exciting interviews with stars and starlets of the porn industry can be viewed and read including intimate and piquant details. Stars such as Conny Dachs, Sunny Star, Pornfighter Long John, Texas Patti, Sweet Sophie, Anna von Freienwalde, Natalie Hot or Julia Pink have already done the honors here. And at the same time reveal intimate facts about their own private lives. Amateurs can also apply for success-enhancing interviews at Eronite.

Mario Meyer - 2. April 2020
An amateur portal not only gives away 1,000 Dirty Coins to each new user, but also grants a free VIP membership. But that's not all, because on top of that there's another 30% bonus on every recharge. That makes the Corona crisis bearable, doesn't it?

The man and his (distorted) dick picture 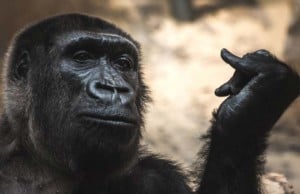 Interesting News
Social networks today make it easy for men to send pictures of their own penis to a completely unknown woman. So it's time to ask why men send their tail pictures without being asked.

How I became my roommate’s sex slave

Benno von Sandhayn - 19. November 2018
I hadn't expected this surprise at all. But I could never have imagined becoming the sex slave of my roommate. But then I had a pretty tingly experience with two young men and the older Martin.