Sex in the drunk tank

Jack Taylor likes to bang on about the peg. His impetuous Irish temperament gets him into unpleasant situations time and again. Add to that his binge drinking, not to mention his strong urges. Private eye Jack Taylor is always trying to get a better grip on his life. If only the many hot women were not…

Dazed, Jack Taylor stares at the ceiling. He has just come to on the hard cot. Landed in the drunk tank once again, he thinks. Fuck that this keeps happening to me. How did it happen this time?

The head hurts, but his legendary good memory doesn’t let private eye Jack Taylor down this time either. Sure, I was at my favorite bar and actually wanted to shadow that nasty adulterer Jones. But unfortunately I started ordering gin and tonic too early. Then there was this exciting redhead with the intoxicating cleavage – and then? Film tear, zero memory of how I ended up on the street and then here. I wonder if Kate and Cody miss me yet. I can rely on these two. They keep sniffing without me.

Slowly, Jack Taylor comes up, sits on the edge of the cot. Damn back pain and then this pounding in my head. A taste in my mouth like an old felt rag. But still a morning glory with which a lot could be done. Yes, yes, the eternal feminine attracts us, even old Goethe knew that. Now waving one off the palm tree? Better not, maybe Eileen, my saving angel, will come soon.

Jack Taylor buries his face in his hands: Waiting is not his thing at all, he is totally impatient by nature and has already gotten himself into a lot of trouble with it. He has to grin at himself: “At least I’m still capable of insight and don’t throw all my moral standards overboard. Even if my tail tends just once again to the overconfidence. Oh man!

Keys rattle, the door opens, and a voice barks, “You have a visitor!” In floats Eileen, the dream of his sleepless nights. “I’m going to get you out of here, darling!” she calls out to him, but stays a safe distance away. Jack Taylor undresses her with his eyes and thinks: I must smell like a cougar. How do I get them around anyway? Or has she already noticed my hard-on?

Eileen looks gorgeous sexy and fresh as the young morning. Her blonde hair is tied in a ponytail, her lipstick glows raspberry red. She wears a snow-white shirt-blouse, as always one button too wide open, and a gray pencil skirt that hugs her narrow hips and plump buttocks. She constantly wears these tight skirts, under which, in Jack’s opinion, not even suspenders fit, at most hold-ups. Her nylons are gray, her high heels are black. She looks scrumptious, a bit like Laureen Bacall in the old Bogart movies.

His lawyer can apparently read minds. “You want to do it in this desolate environment, you dirty guy? I would have liked our first time a little more sophisticated!” But she took a step toward him. “Wouldn’t you rather we go to a hotel, Jack Taylor? You can take a shower, and then we’ll let it rip?”

Jack Taylor gets his way

I’ll get them around here and now, he thinks. She finds it hot in this fucked up cell. I find them hot – and my willy goes crazy right away. Now one more drink and I’d be back to my old self.

Eileen can really read minds. “I had a drink for you, but they wouldn’t let me in with it. My bag with my cell phone and everything had to stay outside.” Then she quietly adds, “Will you please wash your hands?” She points to the sink in the corner. And almost whispers, “You can pee in there for all I care.”

Jack and Eileen need to hurry

Jack Taylor approaches her from behind, feasts his eyes on her sexy ass and asks, “Can I touch you?” She just nods, and the fact that she is trembling cannot be overlooked. He presses himself against her from behind, wraps his arms around her waist and slides his hands onto her breasts. He hears Eileen moan, lets go of her and turns her around to face him. “We have 15 minutes,” she says, puts her arms around his neck and starts kissing him stormily.

Read also: Only 50 nights – love as a temporary project

“Then it’ll just be a quickie,” Jack Taylor states dryly. “But one with bubbles, please.” One hand is now inside her blouse, feeling her nipple. Eileen nods, “I’ll be glad to do that.” She sits down on the cot, Jack standing in front of her so she can easily unzip his pants. Almost lovingly, she pulls out his hard cock, its tip shining wetly. She strokes the shaft and the testicles, and then she puts her lips over his penis.

He doesn’t need to be afraid of coming prematurely, he can control himself that far. He enjoys this feeling of being intimately pampered by Eileen with all his senses. Jack Taylor hears himself rattle with lust, and that gets him going even more. Slowly, he gets down on his knees in front of the cot and pushes Eileen’s skirt up so she can spread her legs. He pushes his head between her thighs, thinks briefly: Indeed, Halterlose! and lets his tongue circle between mini briefs and shaved pussy.

His lovely lawyer drops back and puts her beautiful legs over his shoulders. Jack Taylor continues to lick and grab his best friend with one hand. Then Eileen cries out all at once, and he tastes all her juice. Now he can no longer hold back, he pulls her up from the cot. “Bend over!” he orders her in a harsh tone. She obeys and he pulls down her panties. Then he threads himself into her grotto and pumps a few times with all his might. Eileen cries out again, but it sounds like passion.

Finally, Jack Taylor can explode. He can hardly believe that in such a desolate state he has to catch the much sought-after Eileen, of all people. Satisfied, he caresses her tender tits with stiff buds and kisses her on the neck. “Jack,” she says, “zip up your pants now. I have to go. Be back soon to pick you up, though.”

He grins broadly, “Lady, you’re going to have to get dressed properly before you leave my cell. It was my pleasure, by the way.” “The pleasure’s all mine,” Eileen says with feigned politeness, patting him tenderly on the butt. “Somehow the ambiance here totally turned me on. And soon you’ll be able to go back to your job, you old degenerate snoop.” She runs a hand between her legs and lets him sniff. “Don’t forget about me, Jack, maybe get some more sleep.”

Charmed by her feminine scent, Jack Taylor drops back onto the cot and surrenders to sweet dreams. He sees Eileen naked with her hair down in front of him, watching as she mounts him and takes a hot ride on him. When he wakes up, he already has a hard-on again.

Now a bourbon, he thinks with a grin, and waving one off my palm while I’m at it, that’s what I want. Existenceängstesind the Privatschnüffler stranger, he has at the moment only Eileen in the head. He straightens up on the cot and imagines her lying there in his place. She would hang her head over the edge until her blonde mane touched the dingy floor. Eileen would have to reach between her legs and massage her pearl.

Sex fantasy at its best

It costs the hardened detective a lot of control to hold back the orgasm. He knows that he will have to wait at least another hour before he can touch Eileen’s body again. So he pictures her sucking his dick and nibbling on his glans. It’s hard to stand how cleverly she does this in his mind. He reaches for her plump breasts and can just reach them with both hands. Her nipples are hard like little corks and Jack Taylor would like to suck them.

“I’m totally into you,” he hears himself say. “If you want it, I’ll never look at another woman again!” Wait a minute, was that honest? Fortunately, he is still alone. But the longing for Eileen’s soft skin threatens to overwhelm him. He rubs his cock like a man possessed, pinching his testicles. He pulls out his pubic hair and constantly has the image of his cock in Eileen’s bright red made-up mouth in front of his inner eye.

The toughest guy can’t take that! Jack Taylor rears up and roars out his desire loudly. His pants are wet, so what? And where is Eileen to get him out of here? 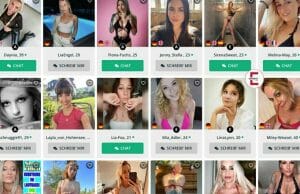