Arni Yes that’s me – and no, not through the employment office ;-) Besides my job I was still on the road as a photographer. Through acquaintances I got in touch with the porn industry, where I was eventually booked by productions as a set photographer. On one job, the producer/cameraman suddenly asked me if I could also film and finish the scene in progress because he had something to do. No sooner said than done. And that one scene became the entire rest of the movie. After that I was booked as a cameraman and photographer for some of his other productions.

The more natural the shooting partners, the more fun everyone has

Arni Oh, now I have to come out, or do they say “I was young and needed the money?” ;-) No, seriously, my entry into the porn industry was actually as an amateur performer. As I mentioned, I got in touch with a producer and since I’m a very open person, I thought why not combine the pleasant with the useful and – bang – I had my first shoot in front of the camera. But after a few productions in front of the camera, I realized more and more how exhausting this job is as a man. In addition, I was often booked for “behind the camera” and so I decided to leave the job in front of the camera to the professionals.

Arni Best as natural as possible, so the viewer has the feeling of being an observer or voyeur to the goings-on. In contrast, the viewer would perceive it as a fake dispatch of a sexual act if it looks too artificial and posed. The more natural the shooting partners are in front of the camera, the more fun they have, which you can see later on the screen.

Arni Both and. On some productions, a second or third cameraman is needed (for example, if it’s a larger and more elaborate film), then I’m booked as the cameraman. For other productions, I not only do the shooting, but also finish the entire film for DVD and/or television formats. This means that I then also take on the complete post-production such as editing, lighting and color matching, sound and sound as well as VFX, etc.

Eronite You’ve been in film for a long time. We heard you used to be a stuntman? That sounds pretty cool. Is that right? What were you doing there?

Eronite What are your favorite scenes to film?

It already happened that performers fell out of bed

Arni No, I don’t think so, but caviar scenes, I think, I don’t have to have either. Fortunately, however, these were also not yet required ;-)

Eronite Was there ever a scene or a shoot that you would have preferred to abandon?

Arni Yes, that has happened, too, and it’s because there were actors on those shoots who didn’t work out despite multiple attempts. There is nothing else to do than to stop the shooting and continue with another actor or to shoot the scene again. As I mentioned before: the job as a performer is not easy and fortunately it happens pretty rarely that you have to quit.

Arni Actually, most of the shoots are fun because we’re always a great team and we also laugh a lot on set. Otherwise, it’s always smaller things that make us laugh. For example, once the director asked the actress “Did you just come?” and she replied “I think so, at least it felt like it.” Or that the performers fell out of bed during the act has also happened.

Eronite What appeals to you most about this profession?

Arni That we are usually a great and fun team, like a small family, and can also visit great locations where we shoot. These include shoots on a yacht or abroad and by the sea or in the mountains, etc.

Eronite What has been the most challenging shoot for you so far?

Arni A film was to be shot on a yacht in the sea, in which there was also to be a scene in which the actor-couple had sex in the water. This scene should be filmed not only from the yacht, but also from underwater. Well, you could rent the appropriate equipment, but hold your breath until the recording was in the box, was difficult ;-) So I made a diving license for recreational diving to 20 meters depth and could film the shots themselves. These shots gave the film that certain something, as something like this is very rare in porn.

Eronite What stresses does a cinematographer face, what skills are expected of a prospective cinematographer, and who is more unsuitable for the job?

Arni The stresses are more of a mental nature, so that even after a few hours of shooting you can still concentrate and hold the camera steady, which already weighs a lot. As far as skills are concerned, the first thing the person should have is an idea of the camera and its technical settings and handling. Since in the end a corresponding quality should come out with the film. Some idea of camera work wouldn’t be bad either.

Then he should also have a steady hand, as most of the shooting is often done out of hand. It would also be of great advantage that he doesn’t get distracted by what’s going on – talks sex in front of the camera – but focuses on his work of capturing great images. In any case, people who are primarily interested in watching live sex or even think they can grope performers are unsuitable. Because that is an absolute no-go in the industry!

An erection while shooting? Does something like that happen?

Eronite What other advice would you give to a young professional?

Eronite And of course the question of all questions: Do you get off on filming actors having sex? Have you ever had an erection on set? You’re pretty close to the action!

Arni I have been waiting for this question, because I get this very often! :-) Close is right, often only a few centimeters in the close-ups. I think anyone would be lying if they claimed that an attractive couple wouldn’t turn them on during sex. But I’m professional enough not to get involved in that from a mental point of view, but to concentrate on my images and the sections I need. Therefore, I did not and do not have an erection while working as a porn cameraman. But I want to tell you that a cameraman also enjoys the sight of an attractive and naked actress on the set. ;-) 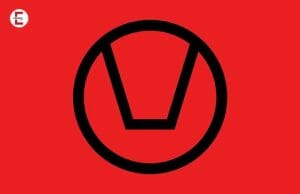 Interesting News
No non-swinger has to worry about being approached while wearing designating symbols on their body. Because only the swingers themselves know the meaning and let other people tolerantly live their preferred life. The swingers, on the other hand, know the score.