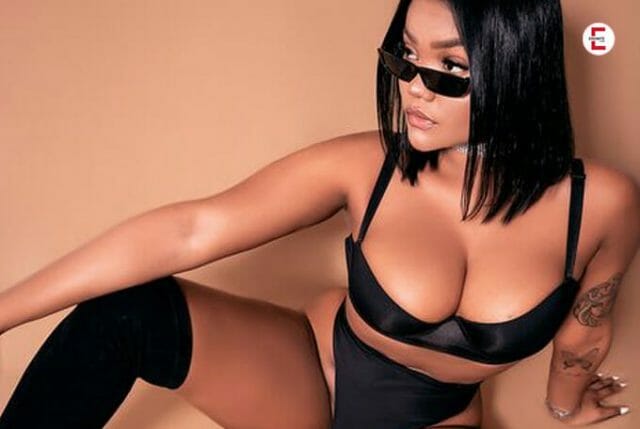 Kai recently had to travel to Colombia on business. There he met an attractive Latina whom he called his South American sucking doll.

“Back then, when I first saw you, I was thunderstruck. You were the most beautiful woman I had ever seen live. A woman like a good cup of coffee: hot, sweet and golden brown. I liked even better that you had no inhibitions and kissed me without hesitation. However, I soon discovered that you had much more to offer. From the very first meeting, you asked “¿Te gusta una mamada?” I looked at you uncomprehendingly, because I hadn’t learned that in Spanish class. However, you very quickly showed me the meaning of the word mamada. You stood up and disappeared under the table. You took advantage of the fact that a long tablecloth reached almost to the floor, so that no one noticed what was going on under the table.

I had never experienced anything like it before. The restaurant was well attended and I was torn by my feelings. On the one hand, my South American sucking doll blew my stiff strap like a flutist, on the other hand, I was sweating in fear of what would happen if we were discovered. Your fingers pushed back my foreskin and exposed the glans. Your tongue darted out of your blow mouth and darted nimbly over the pink part that reminded me of a mushroom. You wear the name South American sucking doll with full justification, because you really know how to blow.

you really lived up to your nickname

At least loud salsa music was blaring from the loudspeaker. That gave me at least a little relief, because I didn’t have to suppress my lustful moans. But it could not go on like this for long. Not only did your practiced tongue play around my now swollen glans, you also took a hand and massaged my sack with your fingers. I became restless and gently nudged you with my foot. Any moment I had to come!

However, that didn’t bother you in the least. You just kept going. It came as it had to come. I moaned loudly (while silently thanking you for the loud music) and squirted my sperm down your throat. You lived up to your nickname South American blowjob doll and swallowed my man juice without inhibitions. After that you licked everything clean and came out from under the table again on my signal. The hot episode even came to an unexpectedly cheerful end. I ordered you a coffee and the waitress asked if you wanted extra cream. She looked puzzled because we almost fell off our chairs laughing! This episode will remain in my memory forever.

When I think of my stay in Colombia, our trip to the coast also comes to mind. Instead of taking the plane, we went by bus. It was spacious and air-conditioned, so the several-hour drive promised to be quite pleasant. I had no idea how pleasant it would be when we left. As I boarded, you took me by the hand and led me all the way to the back of the last bench. At this you grinned and said softly “mamada”. By then I knew what to expect. My South American sucking doll wanted to have an exciting adventure again and give me a blowjob in public!

Once again you were dressed very sexy. In keeping with the heat, you wore only a tiny miniskirt and a skimpy top through which your nipples stood out because you had “forgotten” your bra. You took my hand and led it between your thighs. On the road again without panties! The ride would be fun in the truest sense of the word. As long as we were still driving through the city, you could still control yourself. It was better that way, because the bus stopped from time to time. New passengers boarded and flying vendors sold homemade baked pies and Inka Cola, a local soft drink.

However, as soon as the omnibus reached the highway, my South American sucking doll kicked into action again. Since the bus was only half full, your lust knew no inhibitions this time. You sat down with your legs wide apart and played with your fingers on your pleasure cleft. At this you moaned softly and looked at me with your big brown eyes. The sight made me horny and my pants got a big bulge. That was the starting signal for you. You bent over me and took my stiff cock out of its prison. To irritate me even more than already, you had your lips specially made up with a bright red. What a sight when your sucking mouth closed around my penis with full lips! Once again I got the proof that I was right to call you my South American blow-doll. Your head nodded rhythmically up and down my shaft as I moaned softly. Although I’m not exactly built small, you could take my best piece almost completely.

What was that?! When I happened to look up, I noticed that we were being watched! A small middle-aged man sat two or three rows in front of us. He had probably heard my moans and overheard what was happening. At first I wanted to draw your attention to it, but decided otherwise. This time I wanted more than a mamada. I wanted to fuck my South American sucking doll. If we already had a spectator, he should also get to see something!

Clearly – I wanted to fuck you over and over again

I held your head and ordered you to stop. Then I pointed to our spectator and to my lap. You immediately understood what I wanted and took a seat on me. My stiff strap effortlessly penetrated your wet pussy. Because the bus was traveling over a bumpy road, you didn’t have to do anything. The jolts came all by themselves. It did not go on like this for a long time. Soon I could no longer control myself and emptied my balls into your pleasure column. The little guy watched spellbound and grinned all over his face.

Oh my sweet South American sucking doll, how I miss you! Hopefully we’ll see each other again soon.”

As Kai sent the letter, he couldn’t help but sigh at the many sexual memories he had with the beautiful Latina. And no sooner had he returned home than he was already looking at new destinations in South America: Colombia, Venezuela, Brazil, Ecuador. He was sure he would find something. 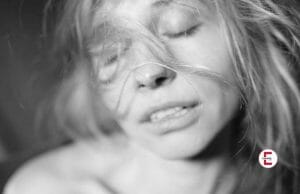