The side of the moon that we cannot see from Earth has a strong fascination for us humans. My father still saw the moon landing live on television in 1969. He likes to talk about how proud the U.S. space agency NASA was at the time, because it was a real human dream come true for many. And he knows the following about it: “In the shadow of the moon, so to speak, we did it like rabbits.”

I suppose my parents were unrestrainedly intoxicated by the event of the century, the moon landing. A little later, they may have been jamming like crazy to the sounds of Pink Floyd’s cult album “The Dark Side of the Moon.” Anyway, I could notice that the mention of Neil Armstrong’s name put a dreamy smile on my mom’s face. I wonder what was going on in the master bedroom and in our gazebo back then ?

A year before the astronauts set foot on the moon, Stanley Kubrick’s masterpiece was released. A film entirely without sex, but sensual, mysterious and in places even humorous. My parents saw 2001: A Space Odyssey five times at the movies, they say. And yet not completely understood. Some of what the director wanted to express remained closed to them like the dark side of the moon. My two sisters and me with full commitment to have begotten, however, they bring until today with the events at that time around the expedition to the moon in connection. This piece of contemporary history must have acted like a trigger and awakened pure desire in them.

When I look at my oldies today, I can hardly imagine it. But I remember from my childhood that they were very affectionate with each other at that time and cuddled unabashedly even in my presence. I gave them the novel “The Dark Side of the Moon” by Martin Suter and the DVD of the novel adaptation with Moritz Bleibtreu. Mom prefers books, Dad likes movies and cinema. I like the documentary “In the Shadow of the Moon” from 2009 the best. In it, director David Sington describes how, in the period between 1969 and 1972, nine American spacecraft visited the moon and a total of 12 astronauts set foot on it. Strangely, these reports also appeal to me erotically strong.

My partner, me and space

I am totally hot for my partner Yasmin and that by day and night. To make out and fuck with her on the beach in the shadow of the moon is the highest of feelings for me. Unfortunately, Yasmin does not share my probably inherited enthusiasm for everything around the sun, moon and stars. She is also not the least bit interested in Milky Ways and black holes, not even astrology. Neil Armstrong long thought of her as an American jazz trumpeter. Yasmin is not at all uneducated or superficial, she just fancies music, sculpture and fashion more. It does not diminish the sexual attraction between us.

But I admit: Sometimes it excites me to do it in the moonlight and act like a buck. So really hot from behind with a totally hot woman moaning and cheering me on. Many people get turned on with porn, for me the documentary “In the Shadow of the Moon” is enough to make my loins tingle. Just the sight of a suit like the ones space travelers wear kind of turns me on. Then I forget all noble ideas about mankind’s dream “conquest of the moon”, but only want to fuck – or jerk off. NASA and the film about the heroes of space travel are then all of a sudden schnurzpiepe to me.

I just can’t get enough of the whole scenario surrounding space exploration and moon flights. If I were a rich guy, I would certainly get into a space capsule for a horrendous amount of money and play space tourist. Always with the thought of having the ultimate experience in the shadow of the moon. What and how it may look, I remain open. But even here on earth, a few wishes remain open for me. I fulfilled one of them by fucking the incredible escort girl Ramona in the faint moonlight.

Dreamlike like in the movie: Fuck with Ramona in the shadow of the moon

What happened? I looked at the gallery of hot females at an escort agency and got stuck with Ramona right away. About 21, willowy, totally shaved, tight ass and firm breasts, a seductive smile and an unforgettable blow mouth. I could hardly imagine that such a miraculous creature could even exist “in real”.

But the girl was bookable and I chose an evening date after dark. In my camper, I was going to wait for them at the lake. And she should be dressed like an astronaut. In fact, the hot Latina showed up at my place in an astronaut suit and I was immediately on fire. “I want to eat you up in the shadow of the moon, chica,” I stammered. “Take your clothes off!” She peeled out of the jumpsuit teasingly slowly, and then she stood in front of me in the tiniest lingerie in the universe. Brown skin and red wash, just awesome!

“In the shadow of the moon we did it like rabbits” – this old saying of my father’s briefly flashed through my mind. I was willing to act exactly according to this motto without hesitation. Ramona wore suspenders and looked scrumptious. I turned off the lamps, the pale moonlight falling into the RV should be enough. In me rose the idea that I could penetrate Ramona’s wet paradise and from there reach the dark side of the moon. Sounds crazy, I know, but it made me even hornier.

I didn’t know her, her scent was foreign and exciting, and she spoke only broken English. But her animalistic nature swept me away and put me in a previously unknown ecstasy. Ramona knew exactly what I liked, and at the same time I could allow all the space-related fantasies that had accumulated over the years. Simply heavenly: to feel Ramona’s tongue tip on my glans and to walk in thoughts on the dark side of the moon. Then I rammed her from behind, thinking about Neil and John and all the others. My first orgasm with Ramona felt without exaggeration like a rocket launch!

Is my desire or better addiction for sex and space perhaps a fetish? Since I have never talked to anyone about this, I may never know. But as long as there are charming girls like Ramona with whom I can live it up, I don’t have to bother Yasmin or anyone else with it. I guess I’m just the product of my space-crazy parents and their many stories I heard about going to the moon when I was a little boy. I didn’t pass it on to my son, but who knows what he secretly dreams about. 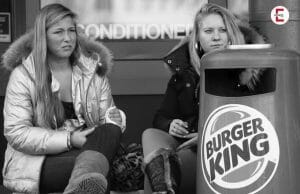 Interesting News
The employees at the Burger King drive-in were amazed when a man suddenly drove up and shamelessly masturbated in the car. Now police investigators tracked down a man matching the description and license plate number. What threatens the onanist?