Sex at the Oktoberfest – There are some things to consider

Shamelessly snacking in a dirndl at the Munich Oktoberfest

In September it’s that time again. The Oktoberfest in Munich begins. Millions of people from all over the world visit the Wiesn every year and want to have fun. With beer and hearty music in the marquee you quickly get closer. There’s drinking, partying and flirting. When the alcohol level rises, it is not uncommon for sex to occur at Oktoberfest.

It all depends on the dirndl

Those who think something of themselves go to the Wiesn in Bavarian costume. Men in lederhosen and women in dirndls. It makes you feel like a different person right away, and flirting is much easier. But how do you know if the cute girl at the next table is still single and open for a flirt or even sex at the Oktoberfest?

The Dirndl bow gives information: If a woman ties the bow of her dirndl on the left side, she signals her single status. That means she’s still available and possibly ready for sex at Oktoberfest. If a man is smiled at and flirted with by her, he should try his luck with her. If she wears the bow on the right side, it means she is already taken and in a relationship or even already married. With her, man should not risk too much and rather keep a low profile.

If a woman goes to the Oktoberfest with the idea of having sex, she should definitely have condoms in her handbag. If it comes then after hot flirting to sex on the Oktoberfest, and it happens after a Maß beer too much a contraception breakdown, the woman should inform as soon as possible in a pharmacy about the pill afterwards. This prevents an unwanted pregnancy.

This should be avoided

For many Oktoberfest visitors, beer is of course an integral part of the festival. However, you should know your limit. If you dance on the tables in the marquee, you’re out. It’s also not recommended to have sex at Oktoberfest in a drunken stupor. Because many a one-night stand has been bitterly regretted the very next day. If sex at the Wiesn, then please not outdoors. Because that’s causing a public nuisance and is punishable by law. Although it may seem appealing to have sex at the feet of the Bavaria statue, it’s better to go to her or his home or hotel.

At mass events like the Oktoberfest, there are of course also black sheep. They take advantage of the crowds to grab women’s butts or breasts without being asked. Such a thing should not be tolerated under any circumstances. In such cases, women can turn to the security staff or other Wiesn visitors for help. Advice and help on the spot are also offered by campaigns such as “Sichere Wiesn für Mädchen und Frauen” (Safe Oktoberfest for Girls and Women).

At Oktoberfest, visitors want to have fun. The beer flows in streams and there is celebration, dancing and bragging. After an advanced hour, sex at the Oktoberfest can occur. If you stick to the tips above, it’s sure to be an unforgettable experience that you’ll look back on fondly. 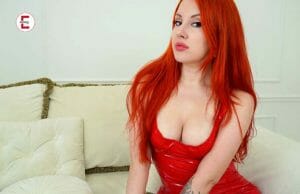