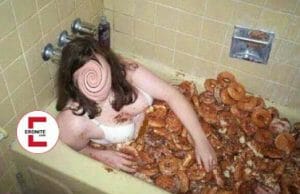 Interesting News
Once again, the wisdom of all fetishists applies here: there is nothing that does not exist! So this woman - let's call her Anke (she didn't want to tell us her real name) - has a really freaky preference: a donut fetish.