Sailing and sex: Mom did it on board with three sailors

It is said to have happened in the Rhine-Ruhr area in NRW. The DHH Ruhr Area is a branch of the DHH (Deutscher Hochseesportverband HANSA e.V.) The whole thing goes back about 30 years. So I imagine mother with 32 years on a big sailing boat, as a guest of the SGBR Sporthochsee-Segler-Gemeinschaft Bocholt-Rhede e.V. or the Bocholter Yachtclub. Anyway, on the Aasee in Bocholt, Mom had sex with three young boys on a sailing boat. She told me herself in her open way.

There is a crumpled color photo from the early 90’s, I can see my then guardian in skimpy shorts and tight striped sweater on a dinghy. The captain’s hat that sits at an angle on her head looks fabulous on her, and Mama beams defiantly at the world.

What really happened in NRW back then

My parents had camping friends in Bocholt who were apparently equally fond of sailing and sex. Why mom got on the sailboat with her two young sons and their buddy? Simply on a whim, she has always been spontaneous and fun-loving. However, I assume she didn’t necessarily have sailing and also sex in mind in the first place when she accepted the invitation for a game on the reservoir. She just wanted to have fun during her weekend in the Ruhrpott.

Our family is not only very sporty, but also quite permissive. Sexual intercourse was talked about openly, even in my presence, when I was about ten or eleven years old. We used to regularly go to the nudist beach near Kiel. It was also an open secret that our father went to the whorehouse once every month as soon as his salary was in the account. My two older sisters whispered and giggled about it. Mom just grinned and said dryly, “He wants it that way. Period.”

So back in the early summer of 1991, thanks to the “DHH Ruhrgebiet”, my mother landed on the Aasee in Bocholt, together with three boys between the ages of 17 and 22. They all looked great, well tanned and muscular. I never found out if there were any other people on the sailing ship. Mama’s stories of that day always remained fragmentary. What she really experienced in terms of sailing and sex, I can only make sense of. But I like the story, because I have always liked the undisguised sensuality of my mother. And even as a little boy loved to watch her undress and change clothes. My mother’s name is Melanie.

She was wearing a blue and white striped swimsuit in which she was sunbathing on the deck. She had left the bikini in her travel bag so as not to irritate the young guys too much. They got to see a lot with Melanie: dark brown curls tied in a ponytail, a bright red pout, long legs with tight calves and thighs, a seductive ass – and then these exciting boobs. Her plump cleavage was a real eye-catcher….

Jan and Carsten were 17 and 22 years old, their friend Markus 19. They had all three completed sailing training and obtained their sailing license. Only slightly rippled the water that day under the boats. Melanie dreamily watched a dragon boat whose crew was training for the next dragon boat race on the Aasee. Her chin rested on her propped-up arm, revealing even more of her large breasts in the neckline of the swimsuit. Fascinated, Carsten kept staring in her direction.

It didn’t take long for Melanie to notice his lustful looks. And with herself between the thighs felt a familiar tugging, as my mother described it in her own words. Sailing and sex or better sailing with sex was nothing new for them. Obviously, my father and she had already gained some experience in this respect with two and also with several. Although not necessarily in the DHH Ruhr area.

Sailing and sex on the Bocholt lake Aasee

Anyway, the whole situation must have made the attractive Melanie completely hot. Sun and covetous looks on the skin created a great desire for sailing and sex. One thing is certain: she let Carsten fuck her by sitting on his lap and moving rhythmically on him. Apparently, he did a very good job and gave her a violent orgasm in the middle of the Aasee. This was so loud that it attracted the other two light sailors.

Fuck until the sailboat shakes

I admit, so far I’ve enjoyed the episode on the water in the Rhine-Ruhr area because I wish nothing but the best for my hot mama. The further course, on the other hand, I find somewhat questionable. I have to use my imagination for this, because no one involved has ever given any credible information about this. My mother even seemed a little embarrassed by the whole thing, which is an unusual emotion for her.

In any case, Jan and Markus are said to have insisted on “having their turn” with Melanie, one after the other, of course. The beautiful woman must have been so excited and out of her mind that she had no objections. On the contrary. She lay down on her back with her legs wide apart and let first Jan’s and then Markus’ boner into her wet grotto.

The three young sailors must have felt like the absolute lucky ones. Especially because it probably still went on as a fuck quartet on the sailboat. The barge was said to have shaken a lot, Melanie remembered even at a ripe old age.

German High Seas Sports Association HANSA and DHH Ruhr area probably know that sailing and sex are not a rarity. Each and every person must decide for himself or herself whether he or she considers public sexual intercourse in a canoe or on a sailing vessel to be appropriate. The Bocholter Aasee in NRW is a much visited recreational area.

Such concerns were foreign to my mother at the time. She let herself be carried away by the horniness she felt at that very moment. Melanie had three great looking young men in mind, all of whom had the hots for her. To do this, everything took place in the open air on a dinghy. This opportunity to do it with three cocks at once would probably never come again.

The highlight of her stories for me continues to be her story on the Bocholt Aasee. Little by little, the mosaic is coming together of what really happened on the sailboat over 30 years ago. Honestly, I’m a little proud to have such a sensual mama. Without question, I would have desired them as well. 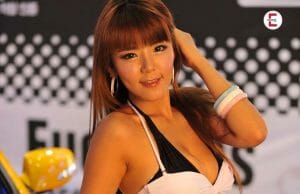 The men's diary
Lee Sung immediately caught my eye. She was rather petite built, but looked very sexy. With her strong makeup and big earrings, she almost looked like a whore. I liked that very much. At that time I was just alone and needed a new submissive Lolita slave.