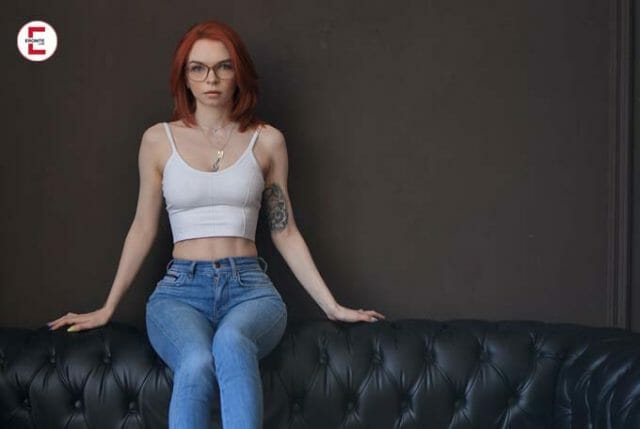 My encounter with Mia

The US singer Jimmy Clanton had great success in 1962 with his song Venus in Bluejeans. In his love song, he describes meeting a beautiful girl in blue jeans. He calls her his Cinderella, MonaLisa and the eighth wonder of the world. The old song took on a whole new meaning for me when I met my Venus in blue jeans in real life.

How I met and seduced my Venus in blue jeans

My name is Peter. I was in a good mood, because today I had the day off. My boss had told me to take off some overtime. The weather was wonderful, so I decided to take a stroll around town. I sat in a small café by the river, sipping a cyclist and eyeing the passers-by. That’s when Mia caught my eye.

She was the most beautiful woman I had seen in person so far. She had long black hair, golden brown skin and a gorgeous figure. Especially from her jeans I could not take my eyes off. They were skin-tight and emphasized her figure: round hips, legs without end and a crisp apple bottom.

My heart was beating up to my neck and I decided to try my luck. I called her Venus in Bluejeans (I didn’t know the song then) and invited her for coffee. Actually, I expected to get a basket, but the beauty accepted. I could hardly believe my luck. Mia sat down with me and we chatted like old acquaintances. In the process, my Venus in blue jeans (that’s what I called her) told me that her name was Mia, that she was from Colombia and that she was going to study here. I was entranced by her sweet accent and almost sank into her brown eyes. The time flew by. We both felt that the air between us crackled with eroticism.

I seduce my Venus in blue jeans

I decided to put all my eggs in one basket and ask Mia to come with me. To my surprise, she said yes without hesitation. Apparently, Colombian women are not so conservative and shy about these things. The way was not far. We walked close together. At the same time I put one hand in the back pocket of her jeans. The wiggling of her butt cheeks almost blew my mind and I became hard as stone. This did not go unnoticed by my Venus in blue jeans. She giggled, gave me a kiss and massaged my best piece through my pants. 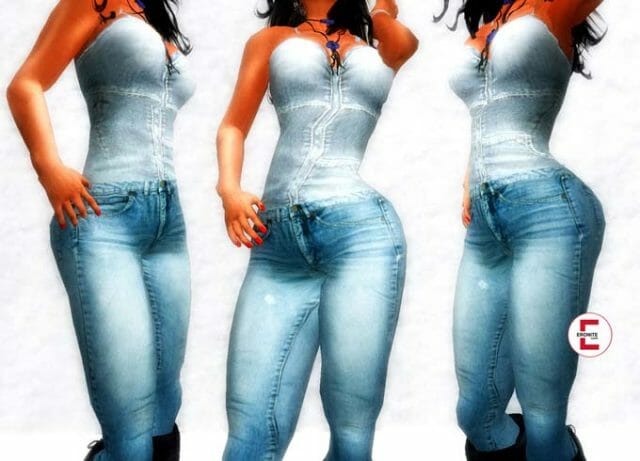 Finally we were there. The short distance seemed endless. As soon as we were in the apartment, we dropped our clothes and all inhibitions. I took off Mia’s blue jeans. Underneath she wore only a tiny thong. She quickly slipped it off her hips and took off her T-shirt and bra. Naked, like once the goddess of love Venus, Mia stood before me. The sight of her was irresistible. I pulled her to me and we kissed hotly and extensively. Mia loosened the belt of my pants and pulled them down along with the panties. My stiff penis stood like one. Mia massaged it with one hand while she continued kissing me. I reached between her legs and let my fingers into the pleasure cleft of my Venus in blue jeans (that’s what I called Mia since our first time). It was already wet and was getting wetter by the second.

Mia walked over to the couch and knelt on the cushions. She stretched her round ass towards me and wiggled it coquettishly. Between the cheeks shimmered the entrance to paradise, which promised many sweet delights. I bent down to her and licked her pussy. Mia moaned with pleasure. Her brown hand with the red painted fingernails closed around my thick shaft and pushed the foreskin rhythmically back and forth.

The girl knew how to deal with a man, no doubt about it. The only question was who was seducing whom here. Anyway, at the moment it was my Venus in blue jeans that set the tone. She literally begged me to fuck her and wiggled her divine ass on demand. What man could have resisted? Not me, anyway. Since my girlfriend at the time had left a few weeks ago, I had not had sex.

I grabbed Mia by her hips and penetrated her pussy. She was so wet that I could push into her to the hilt without any effort. While I worked her hard, I kneaded her full tits with one hand, while my other hand alternately spanked her tight ass and worked her clit. We moaned and gasped in competition. Mia was so horny that she came even faster than me. The walls of her cunt began to tremble, massaging my cock like a gentle but powerful hand. That was too much for me. My balls contracted and I squirted thrust after thrust into her cunt.

Venus in blue jeans – the aftermath

Once we had satisfied our lust, we lay next to each other on the couch. Mia snuggled into my arms and I stroked her tenderly. I told her that I would call her my Venus in blue jeans and she smiled proudly. However, there was one thing I couldn’t get out of my head the whole time. I asked her why she had accepted my invitation and just come along with me. Mia answered me that she had no luck with German men so far.

Many were too shy to approach them. They just looked at the Latina with wide eyes and did nothing. The others were ruffians who had no manners. They considered the exotic beauty as an object of lust and treated her like a whore. Mia said that from the first moment she felt an inner connection to me. Therefore, she followed me to my apartment without hesitation, although that was actually reckless. Fortunately, my Venus in blue jeans had made this move and let me seduce her.

That was the beginning of a hot relationship in which there are both ups and downs. I am already sad today at the thought that the day will come when my Venus will return home in blue jeans. Until then, however, we will enjoy our love. 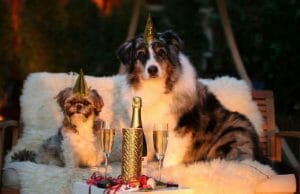 Interesting News
Many men envy dogs for the fact that the act of love with them can last up to a whole hour. Once the bitch and male are firmly attached, the dog dismounts again and turns his butt towards the bitch, the penis simply remains stuck.