Epoxy glue instead of a condom

This action by a man from India is definitely not for imitation. Since he did not have a condom or any other suitable contraceptive at hand when having sex with his girlfriend, he stuck a glue to his penis. The result: he dies of multiple organ failure after sex. His relatives are now demanding an investigation into whether glue really is the cause of death, The Times of India reported.

Man from India uses glue for contraception and dies after sex

So his thinking came to the conclusion that there had to be another way of contraception. Since they both had a history of using a glue as a drug, they had an epoxy glue with them. So they came up with the disastrous idea of applying the glue to the man’s genital area, thus gluing the semen output to the penis, which eventually resulted in the Indian dying after sex.

No sooner said than done. The two then booked a hotel room to indulge their sexual pleasure. The man’s penis was “creamed” with the glue after foreplay and after it hardened, a sexual act occurred in which, according to the receptionist, a second woman was said to have been involved. If the glue hadn’t cured, the sexual actors would probably have been glued into each other. But the three of them did not use the glue only as a contraceptive.

According to local police, they also mixed it with cocaine and used the extreme mixture to get themselves into a dangerous drug frenzy. The following day, the young Indian was found lifeless in a bush outside the hotel by his friend, Firoz Shaik. Immediately, the ambulance was called and the lifeless body was rushed to the city’s Sola Civil Hospital under blue lights, where he was treated and died a short time later of multiple organ failure after sex.

Epoxy adhesive can cause allergic reactions

An epoxy adhesive is an adhesive that is mainly used in joining materials together and has high resistance and strength. Unfortunately, the guideline “what sticks once, sticks just as well with body parts” also applied in this case. While no toxic fumes are emitted, care should be taken when using it to avoid allergic reactions. The young Indian might not have taken all this seriously and so he died after having sex with his lover. 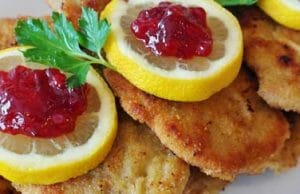 Interesting News
Because my boss is an asshole, I contaminate the food in his beer garden in revenge by dragging my unwashed acorn through sauces and rubbing it on the schnitzel. Is that perverted? Yes, but it can be much more blatant!