Not only representatives of conspiracy theories, but also critical mainstream media and whistleblowers like Edward Snowden have been warning about this for quite some time. That smartphones can be used as listening devices is technically beyond question. Now, an announcement from Apple could make all data privacy activists’ worst fears a reality. The Internet giant wants to scan illegal content and forward the result to authorities if necessary.

Apple announced that it is currently working on software that will search for illegal content on users’ devices. This is said to be primarily about child pornography. The software scans the user’s Apple device. If the algorithm thinks it has found something, a testing station is notified. For example, every photo uploaded to iCloud will have a security seal. If the number of photos reported as critical increases, the inspection body is contacted. The review team, made up of real people, alerts the authorities if the findings are indeed illegal content.

Unnecessary or indispensable? The Internet is full of illegal content. That’s out of the question. Child pornography, terrorist groups, beheading videos, drug and weapons sales on the darknet, the list goes on and on. So why not scan illegal content and make the internet a safer place? The basic idea is certainly correct, but it raises questions.

Those who are supervised with the task of scanning illegal content are not only given a great responsibility, but also power. Should this power really be placed in the hands of a for-profit company? Surely Apple employees have the know-how to effectively scan illegal content on the internet. They may even be more successful than some governments for whom the Internet is still uncharted territory.

Those who are allowed to scan illegal content in the future should in any case also have to undergo various checks. At the latest, this is where someone who doesn’t work for their own profit has to step in. But again, the question remains, should a nationalized company or government agency scan or monitor illegal content? The answer will probably vary depending on the laws in force in the country of the company. Should the Chinese government, the Kremlin, or the NSA ultimately have a thumb on scanning illegal content? Again, this leaves more than a sallow aftertaste.

Sooner or later there will be surveillance of the Internet. Part of that will be being able to scan illegal content. We will have to get used to various cookies and Trojans. Most of us already have them on our hard drives anyway, without even asking for permission. Here a, officially from the government sent Trojan would be conceivable. This could scan illegal content and inform the user in detail about its activity. It doesn’t have to be an additional program either. An extension of the already used antivirus program would be conceivable. A new “scan illegal content” button and the matter would already be settled in most cases. In fact, as long as the software only searches for illegal content such as child pornography, it could be extremely popular with a large portion of the population.

Apple, as one of the largest and most powerful companies in the world, now wants to be a leader in Internet security. This puts pressure on smaller software companies in particular. If the authorities are leaked data from Apple at any time, they will demand the same from other vendors.

There is talk of a dam bursting in the industry, which smaller providers will not be able to escape for too long. Thus, complete surveillance by one’s own smartphone would quickly become a reality.

Are our smartphones becoming listening devices? Is it still allowed to search the internet for the film Endstation Babystrich without ending up on a wanted list? Will an artificial intelligence judge what is right or wrong on our devices in the future? Will the police soon be at the door just because an algorithm made a mistake? Will there be a Big Brother á la George Orwell?

I’m sure it won’t be that bad. But the possibility of total surveillance makes one sit up and take notice and become cautious. Sensitive handling of one’s own data should be a basic requirement nowadays. This includes the pictures and videos that are uploaded to any cloud or sent through mail. Generally speaking, one should stay away from child pornography and other illegal content. 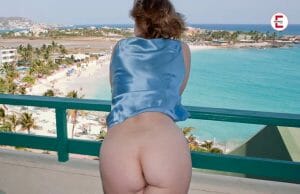