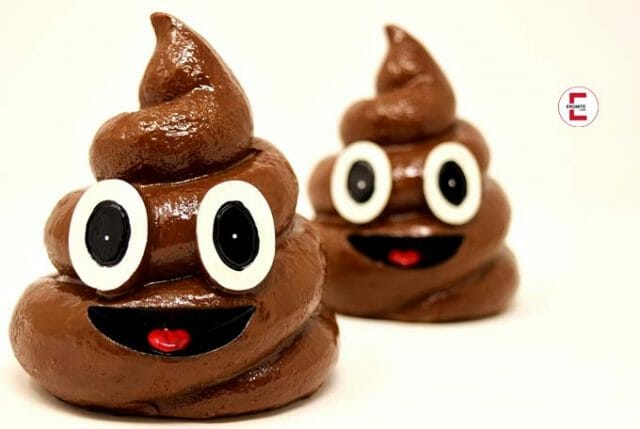 Become a caviar expert with these 20 crazy facts

Let’s be honest: Human excrements are not necessarily a topic for small talk at a party. You don’t talk about feces, it’s too gross. On the other hand, it is a perfectly natural process that no one can avoid. It is even part of our culture, as cultural scientist Florian Werner points out in his book “Dunkle Materie. The History of Shit” states. What’s more: human culture is even based on excrement, according to Werner. Only by distinguishing ourselves from it do we know what culture is. Humans would need the excrements virtually, because by their disposal a confirmation of the human cultivation takes place.

Florian Werner bases this thesis on a whole series of facts, which quickly make poop appear in a different light – facts with which one can score points at any party, and which will prove them to be caviar experts. 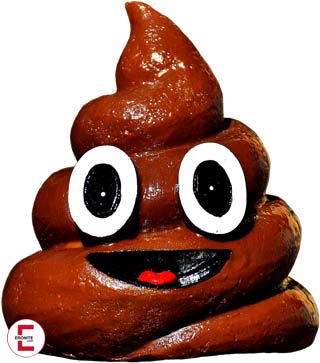 Yes, the term bears some resemblance to astrology. No wonder, after all it is more or less about one and the same thing. In arschtrology one tries to read from the excrements of a person his character and also his future. However, the technical term for this is coproscopy. This is a trend that was especially popular in ancient times and had quite a few followers.

Speaking of antiquity. In ancient Rome, human excrement was used in all seriousness as a face cream. Those who smeared excrement on their faces were to be rewarded with taut skin, it was believed.

Excretions as self-protection for the sense of smell

Shit stinks. However, it usually only does so for 15 minutes. After this quarter of an hour, our sense of smell has become accustomed to the stench and no longer perceives it. So if you sniff intensively at some caviar, you can train your sense of smell and get it used to the bad smells in advance.

Up to 1.5 kilograms of feces can be released per bowel movement. On average, each person puts down about 100 kilograms per year.

Vegans generally put down twice as much caviar as meat eaters. The European average is about 300 to 400 grams per session. The reason for this is that they consume more indigestible fiber. The poop of meat eaters stinks worse for it. When animal protein is broken down, chemical substances are produced which are responsible for a particularly unpleasant odour.

In Japan, an electric device that is supposed to drown out the sounds of defecation is extremely popular. It’s called Otohime and it sounds like a running water flush.

In 1997, British sculptor Marc Quinn sculpted a portrait of his own face out of his own shit. He gave the artwork the appropriate title“Shit Head.”

Chair does not necessarily have to be brown or dark. It can also shine white under certain circumstances. This is usually the case if you have previously swallowed X-ray contrast media or suffer from a certain liver disease. Salmonella, on the other hand, discolour the stool green. Blueberries, in turn, provide a deep black color.

In 2009, a woman in Florida was arrested for putting a bar of soap so deep in her daughter’s mouth that the girl threw up. The reason for the nasty punitive action: the little girl had previously mouthed the illicit word “shit”.

Kopi Lowak is considered a delicacy among coffees and consists exclusively of beans that have previously passed through the gastrointestinal tract of a very specific species of creeping cat. Of course, this has its price: around 1,000 euros are charged per kilogram.

In India, cow dung is an important source of energy. 700 million tons of it are burned annually to heat private homes. This is roughly equivalent to the calorific value of 64 million tonnes of hard coal.

In the mid-19th century, human feces were rediscovered as a fertilizer for agriculture. They therefore quickly became an extremely sought-after currency. The philosopher Pierre Leroux therefore suggested collecting them and then paying them to the state as a tax.

In Aachen a relic is venerated which is considered to be the diaper of Jesus.

In 1961, artist Piero Manzoni sold his own caviar packed in tin cans and labeled as“artist’s shit” for the price of about 30 grams of gold. Today, one of the cans is worth around 30,000 euros on the art market.

Gophers, dogs, rats, mice, pigs, elephants, chinchillas, beavers and especially guinea pigs are known to eat their own excrement. For humans, this would not necessarily be dangerous in small doses, but is still considered unappetizing.

The American Joseph Gayett invented toilet paper in 1857, and from then on it made its triumphal march around the world. After the attacks of September 11, 2001, there was even a variant in New York with the face of Osama Bin Laden.

Every person spends about a year in his life on the silent toilet. Since about 1600, people have preferred to be alone with themselves. But it was not until around 1900 that it became common practice to lock the toilet door from the inside.

American scientists have developed a weapon that is supposed to send enemies fleeing with its confession alone and not injure them. However, the formal for this was anything but easy to find. What people perceive as a bad smell depends to a large extent on our cultural imprint. It took many years to develop a bioweapon that was universally perceived as smelly.

In the past, house employees had to continue to work unpaid after their term of service ended. This was to compensate for the time they had spent in the toilet in previous years.

So excretions have many aspects. It’s worth looking into this a little more. If you want to learn more about the subject, you should definitely refer to Florian Werner’s book “Dark Matter”, which is well worth reading. At parties you don’t have to talk about the weather anymore, but can present yourself as a caviar expert.

love & sex horoscope
In the love horoscope for twins, he is generally considered conservative. Sometimes even a bit old-fashioned and boring in normal life, he is always available for fresh air in the bedroom. Trying things out?