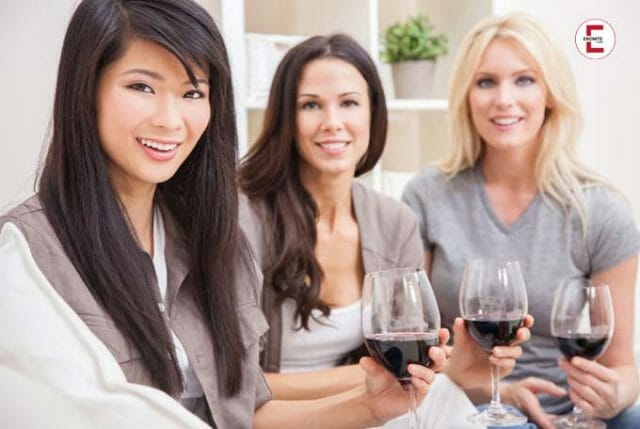 The stark truth about wild girls nights out

What would a real girls’ night out be without conversations about guys?

Topic number one on such evenings is of course, how could it be otherwise, the opposite sex. Whereby it is mainly about the current partners of those present. What techniques do they master when kissing? What are the flirting strategies? What are the preferences in sex? Which inclinations are they allowed to live out and which are not? Which of them is particularly good at licking or grabbing? Depending on the mood at the girls’ night out, corresponding scenes are played right away. Participation is expressly permitted here. Why even describe a kiss awkwardly with words, if you can simply push his neighbor’s tongue in the mouth? After all, what would an erotic ladies’ circle be without visual material?

Once the current partners and their preferences have been discussed in detail, the next step is to look at the desired partners. Dreaming is allowed here. Names like Brad Pitt, George Clooney and Johnny Depp are almost always mentioned. Of course, each of the ladies present has fantasies with these male leads. These erotic daydreams are now discussed in great detail. Once arrested by Johnny in police uniform and then interrogated at Jumpstreet. Or go vampire hunting with George first and get staked by him afterwards. The very brave start their own personal Fight Club with BradPitt. Or another club that starts with F.
The topic of men is very rich and takes up a large part of the evening. Most of the time, the first few hours have already passed before we move on to the next topic.

Every Ladynight is at some point thematically about sex toys. Whereby the ladies present not only reveal which toy they call their own. They also confess what they would like to try. Suddenly, there is no longer any talk of a harmless dildo. Handcuffs, whip, cane and gag still belong to the harmless things. It is not uncommon for the invited guests to have their toys ready to hand in their handbags. After all, they knew in advance that this topic would come up. If you are invited to a girls’ night out, you will naturally appear prepared. Of course, the souvenirs are brought out at the appropriate hour, described and sometimes demonstrated.

The hostess has provided sufficient soap and disinfectant in advance. Because the girls are naturally curious and want to try out unknown toys for themselves. Therefore, the possibility of cleaning the toys at any time is provided. Some sex toys make it up to ten users in a single evening.

The biggest part of a girls’ night out is taken up by games. The classic here is definitely the good old “truth or dare” game. This has not changed since puberty. Even though the focus is naturally on the embarrassing and intimate questions, the tasks are also quite challenging. The participants are very creative. The girls have to strip, fake an orgasm or try out sex toys in front of everyone. 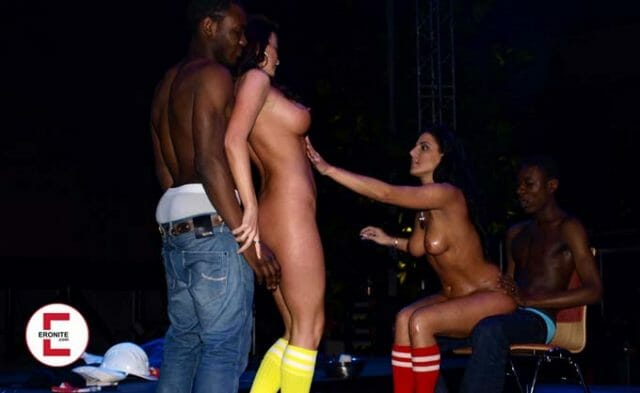 But there are also nastier tasks. Calling someone and persuading them to have spontaneous phone sex, for example. It goes without saying that the called party is put on speakerphone. The first, undisputed highlight of the girls’ night out is when the man comes over the loudspeaker turned up full blast. This is then also gladly honored by the ladies present with applause.

Another popular task is to make one of the girls a hooker. Dressed up in forbidden sexy clothes, the lady has to walk up and down a certain part of the street for a given amount of time. The more sexual offers she gets, the bigger the applause afterwards. Only those bids that do not fall below a predefined minimum value count.

Every girls night out is an experience in itself

Read also:
– Stimulate my imagination: I want to play a sexy game with you
– Xisca Bond is the German dream of all men
– Turks fuck better than Germans: Is that true?
– Guide: Duties and tasks of a sex slave

Sex Holidays: Celebrate On These Dates