How I found my purpose through sex in the office

After our company got a new boss, my career really took off. Although I was one of the youngest in my early twenties and had hardly any work experience to show for it, my grades were exemplary. I was already one of the best in school, and I had also completed my training with straight A’s. I was a good student.

Like any girl at that age, I paid attention to my appearance, went to the gym often and liked to dress sexy. But that my appearance and my clothes could have something to do with my career, that thought never occurred to me.

Okay, I was aware that my boss smiled openly at me and liked to take a look at my legs. After all, that’s what all men do, at least in my case.

How I seduced the colleague for sex in the office

But I was not at all concerned about my boss. I had it in for one of my colleagues. When we were on the roster together, I dressed accordingly sexy and let my charms work for me. It wasn’t long before he not only had his eye on me.

Xisca Bond in the office

Finally I had him on the hook and could checkmate him with the weapons of a woman. I made sure that something went wrong at work, so we both had to work overtime. Coincidentally, that day I had put on the leather miniskirt and high boots. After all, my crush should sweat properly.

Finally, the other colleagues were in their well-deserved closing time. One car after the other left the company parking lot and we were among ourselves.

Both armed with a large stack of files each, we entered the office one after the other, me watching my hips swing. Finally I was able to put my pack on the desk and demonstratively wiped the sweat from my forehead.

Once I had his attention, I undid the top button of my blouse and sat down next to the stack on the table. Without crossing the legs. It was cute how he tried not to look at first. But finally he gave in to his desire and eyed me greedily. With a nod, I gave him the green light and he stepped closer to me.

Sex in the office until the boss comes

My legs were pushed apart and the skirt automatically pushed further up. His tongue explored my mouth while his hands seemed to be everywhere at once. Something hard pressed against the inside of my thighs. I let myself sink on the table and open my blouse and bra.

Xisca Bond in the office

With his mouth he caressed my steeply erect nipples. For this he took a nice long time before going deeper with his tongue. My skirt was pulled down and I felt a hand gripping hard on my butt. My panties were pulled down over my wet thighs. Less than two seconds later, I felt him inside me for the first time.

I would have loved to shout out my desire loudly. But this is not possible with sex in the office. So I controlled myself, even if it was difficult. He pushed faster and harder. I wouldn’t last long without already coming to orgasm now.

I closed my eyes and tried to concentrate. His hands were still everywhere at once. How does he do it? I clearly felt him on my butt, in my hair, on my chest and on my thigh. I opened my eyes.

I was grabbed and pulled off the table. My colleague gently pressed against the back of my head to make me lean forward. The next thing I felt was his spit on my ass. My boss, who was standing in front of me, lowered his pants so that his erect member was right in front of my face. I quickly opened my mouth willingly and began to suck. Meanwhile, the colleague pushed my ass cheeks apart and penetrated me. If I didn’t have my boss’s cock in my mouth, I would have screamed with horniness.

That was probably how my supervisor saw it, too.
Regular sex in the office became a kind of ritual for the three of us, which we performed at least once a week. Of course, there is gossip among colleagues, but I couldn’t care less. My clothes at the office have all gotten shorter. In return, my salary has almost doubled. I love being my boss’s bitch and having sex with him in the office.

My confession: fucked backstage at a SOMA concert

Of course, my colleague also gets to do it regularly. So I bring it to about twice a week sex, without having to enter into a relationship for it. We don’t always have sex in the office. It may also be other places. But the thrill of getting caught is there every time. It gives that special kick that I just go for. But above all, I have found my destiny as an office bitch. 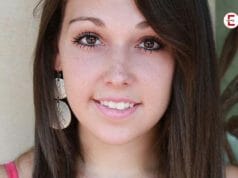 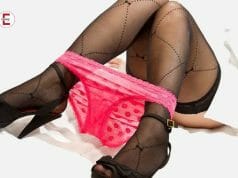