The right tongue lash does the trick!

Everything revolves around the kiss. Whether it’s the first, you’re spellbound waiting for him while you get to know each other and sparks are already flying. Or whether you are already in a relationship and are familiar with each other. But how important is kissing during sex? This is what a British study has investigated.

Kissing during sex – Not so crucial, who would have thought?!

In the journal Archives of Sexual Behavior and Human Nature, British scientists at Oxford University published a survey in which they interviewed 902 people and they tended to say they paid attention to more important things during sex. Kissing during sex is not superficial. Likewise, it was noted that even after sex it was no longer about kissing, but at most cuddling.

However, kisses in themselves are still important when it comes to testing out the right chemistry for the first time. The kiss test must first determine whether someone is a good match for you or not. For many women, the hoped-for enthusiasm for the new partner does not arise at the beginning, if his kisses are too sloppy, too brisk or even too shy. Kisses also say something about personality.

But kissing is still important

Kissing thus shows us directly whether something can go on between two people and whether one would like to get physically closer at all. In this respect, before the first sex should therefore already be enough smooching, so that tension and thrill can build up. And you feel like more.

By the way, smell and taste are just as decisive in determining whether two people click or not. They influence us today just as much in our choice of partners, since they appeal to the oldest part of our brain. So sometimes we just can’t smell certain people.

Kissing during sex, however, can embellish things depending on the situation

When building the heater in the basement I should lick the... 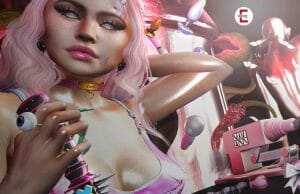