“No, this is more than detrimental to the development of minors!”

Are porn stars allowed to have kids? No! At least that’s what Anneliese Walter-Beerenobst* from Cologne, 53 years old and self-proclaimed guardian of women’s rights, says in our interview on the subject of “Emancipation of female protagonists in pornography”. An opinion that certainly not everyone shares. She herself is married, has four children aged between four and fifteen, is a practicing Christian (Protestant) and twice a week she volunteers to help out at a facility for the homeless. In an interview with Eronite.com she takes such a strong stand that we had to end the interview. However, we do not wish to withhold our records from you:

“To me, most women are whores and stupid chicks”

Eronite: Many ladies do not sell their bodies, but only offer webcam shows e.g. via the platform www.big7.cam.
Anneliese W-B.: For me, this is prostitution in a diluted form. Anyone who sells his body, however, for men – whether in real life or the WWW – is a whore.

Eronite: We see it completely different. Every woman can decide about her own body and at camshows there are not even real 1:1 situations, here only the fantasy of the men is addressed. Back to the actual topic: What speaks against the emancipation of the female protagonists of the erotic industry?
Anneliese W-B.: Women do not serve the fulfilment of male dreams. That’s a fact. There can be no emancipation here at all, because in my opinion the industry is still male-dominated and the producers take advantage of the – excuse the expression – stupid chickens and thus degrade them to the plaything of patriarchal thinking. 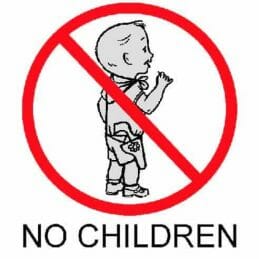 Eronite: Many girls work on their own account as self-employed cam girls. Doesn’t that count?
Anneliese W-B.: No, because behind most young women there’s a pimp. That’s disgusting. A woman should be treated like a goddess and not like a piece of cattle.

23 Venus: Berlin once again under the spell of eroticism

Eronite: Love, sexuality and tenderness are not in contrast to sexual preferences such as SM, bondage or other practices. Many followers of sadomasochism, some of whom are personally known to our editorial staff, lead a completely normal life and also have children.
Anneliese W-B.: Disgusting. Perverts and pornographic performers should not be allowed to have children. Not to mention raising them and passing on their perverse desires to the next generation. Despicable for our society, in which monogamous marriage with children should still be the goal. 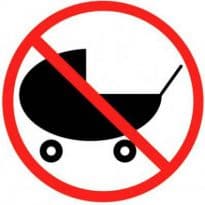 * The name has been changed by the editors.

At this point, after a short meeting, we decided to stop the interview with Mrs Walter-Beerenobst at this point. We do not want to conduct an interview with a woman who describes pornographic performers as “second-class” people and in this context indirectly implies accusations of abuse to the entire industry. The editors of Eronite.com dissociate themselves in all sharpness from child pornography and violence. And youth protection already starts with the parents.

The Deutsche Kinderschutzbund is pleased about a financial contribution:

Already picked up your Schnuggie91 autograph?