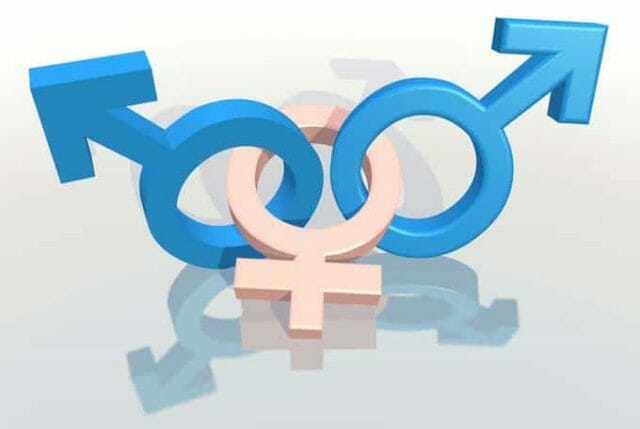 Is a love triangle between two men and one woman any different?

When people talk about a love triangle, it usually refers to the constellation of a man having two wives. Having a mistress or affair alongside your steady partner is the classic love triangle. It occurs millions of times. Even the reverse case is not exactly rare. 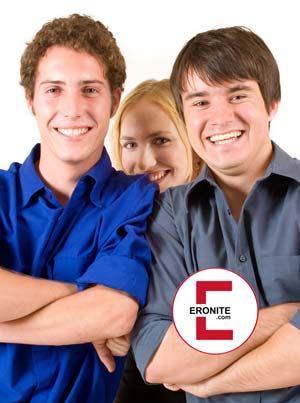 One woman and two men – how does that work?

Such a love triangle almost always works only if the two men know nothing about each other. Women have the same sexual desire as men. In a relationship, it happens again and again that the man neglects his partner, for example, because he is too busy at work. In the long run, his girlfriend or wife feels neglected and seeks love, tenderness and sex from another man. She begins a love triangle.

Anonymous surveys have shown that women are just as likely to cheat or have affairs as men. However, they are much better at keeping their secrets. However, when the love triangle comes to light, in most cases, it means the end of the relationship. Few men would accept that their wife or girlfriend is still in a relationship with another man. The jealousy would probably be too strong.

What role does sex play in a love triangle?

It’s not as important as many people think. Women who are in a love triangle usually do so because they are emotionally neglected by their steady partner. They get love and tenderness (i.e. eroticism) from another man. Of course, it also happens that women want to let off steam just as much as men do, or that they start a relationship with another man out of revenge. This can happen when they find out that the partner is having an affair.

Can an honest love triangle work?

This refers to a triangular relationship in which all three partners know about each other and actually live together, or at least deal with each other openly and without inhibitions. Such a love triangle is rare and in most cases does not last long. It assumes that there is no jealousy between the partners. The woman would have to distribute her love, affection and tenderness equally between both men and would not be allowed to favour either of them.

The two men, in turn, would not only have to have a very stable relationship with the woman, but also know each other well and trust each other. For the vast majority of men, such a love triangle would break up in no time because rivalry and jealousy would be too great.

Because the whole society is based on the family. A family consists of a wife, husband and children. This type of relationship has proven to be more stable in the long term than a triangular relationship. In addition, the couple relationship and the family are promoted by the state and recognized by society. A love triangle, on the other hand, is considered extreme, frivolous, and libidinous in public opinion, and is rejected by the majority of both sexes.

The reason for this negative attitude does not lie in a conservative moral attitude, but in the fact that a triangular relationship is too unstable in the long term and places too high character and emotional demands on the participants. At least in Germany, neither a marriage nor an official cohabitation between three partners is possible.

Can a love triangle even work?

Generally, and for the majority of both sexes, no, at least not for a long time. However, under certain circumstances and in individual cases, it is possible for a woman to have a relationship with two men with their knowledge and consent. For this, the two men must not only love the woman very much, but also get along well with each other, ideally even be close friends. If they know each other well, it reduces rivalry and jealousy.

Another version of a working love triangle is more tragic. If the steady partner is too ill or disabled to have sex with his wife, but loves her very much and is tolerant, he might allow her to enter into a relationship with another potent man to satisfy her physical needs.

What is the biggest danger of a love triangle?

If the woman gets pregnant. Since only one of the men is eligible to be the father, she must decide with whom to continue the relationship. Almost always she will prefer the child’s father and end the relationship with the other man. The child then takes the first place in the woman’s life and she will do everything to raise it as well as possible. However, a love triangle is not very suitable for this.

Other variations of a love triangle

Thus, there are gay couples who partner with a female. This may strike many as a very unusual love triangle. But the success of the project depends on how close the relationships between the three people are and what agreements they make with each other. Moreover, it is a question of social status and the housing available. In a two-room apartment, such a triangular relationship can hardly be lived satisfactorily and considerately.

It may well be that the woman is the ex of one of the two men, who may have realized his gayness late in life. Moreover, it is possible that the woman with a man or the two men with each other have a spacious property or even several. Changing residence may make it easier to live temporarily as a threesome, a couple, or even solo. The constellations of living together and the sense of belonging in a triangular relationship can vary. For example, the woman and one of the two men may have a deep emotional bond. They do not want to do without their soulmate and need the permanent exchange like the air to breathe. The close friendship can also be a creative and/or artistic working community in which one inspires the other.

However, a love triangle between a male lover and a female can get downright complicated. A lot of empathy and consideration is needed to avoid conflicts. For example, if one man is significantly younger, he may feel easily marginalized and as the weakest part of the triangle. Sometimes the woman is also older than the two men and rests with these two from her own troubled love life. That gay men often get along better with women than with straight guys is well known. They share many interests like designing their home together.

The love triangle is put to the test when the woman falls in love again. Then it is a matter of integrating another man or woman into the existing union. That this is even possible when the new partner has children is shown by millions of patchwork families, not only in this country.

A partnership between two men and one woman can also be conducted at a distance. Thanks to digital means of communication, personal contacts are possible almost non-stop. No one has to wait longingly for weeks for a letter anymore. If one of the trio stays abroad for a longer period of time, he or she will certainly keep in touch with the other two. Of course, jealousy can arise when two Skype or chat with each other more often than the other two. The extent to which the rivalry develops also depends on how trusting and equal the love triangle otherwise is. If the three of them do not live together, much more discretion is possible.

Moreover, if the two men do not know that the woman is double-tracked, the secret can be kept for a long time. Perhaps one of them is tied – then he certainly finds it relieving that the beloved does not constantly make demands on him. The woman is spared the unpleasant feeling of being desired only on demand. For her, the love triangle also offers the advantage of not having to commit. How she manages to love both men is perhaps a mystery to herself.

How important is sex in a love triangle?

Women who are in a committed relationship more often enter into a love triangle for purely sexual reasons. That is, they get a lover with whom they occasionally meet. Whether it’s a quick affair or a long-term relationship, there are a wide variety of options in this regard as well. Women usually lead a double life when they are emotionally or intellectually torn between two (or even more) men. In the case of sexual dependence or jointly lived fetish, the separation is naturally particularly difficult. Sometimes a love triangle has to be ended because one of the partners demands a decision. Whether he is the one most likely to make the woman sexually happy is hard to fathom.

There still exists a form of love triangle in which sex plays no or only a minor role. This can come about among seniors, for example. Maybe the woman has been friends with one man for a long time and meets another. If they’re lucky, the three of them will get along famously. The second man may be newly separated, widowed, or an aging free spirit. Then, possibly after a while, he confesses to the woman and the other man as his elective relatives. Such a love triangle can be very invigorating in old age.

Interviews & Portraits
"Where love falls" - so goes a well-known saying. Even when sex is actually a business, Cupid's arrow can strike. Paysex with a happy ending - can that really work in real life with a whore?