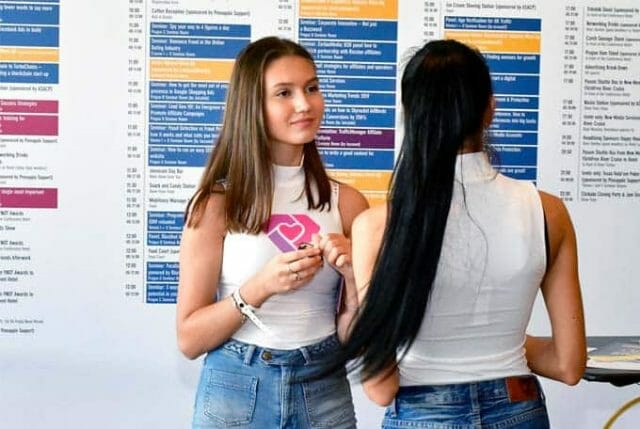 The TES Affiliate Conferences were also held as part of The European Summit. Visitors could already expect a colorful program from September 12, 2019. Over the course of three days, they listened to more than 80 speakers inform their guests about what’s new in the online entertainment industry. The program was convincing with a tightly tied package. 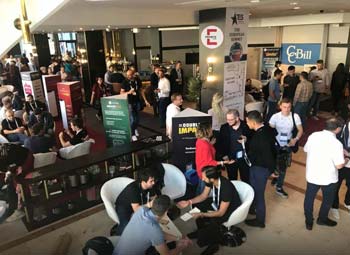 The event set a new attendance record: in keeping with the year 2019, there were exactly 2019 guests on the attendee list. An event that has long eclipsed its former counterpart Eurowebtainment (EWT). The guests are international, participants from many countries, especially numerous from overseas and due to the geographical location also from Eastern Europe, made the event hotel in Prague burst at the seams. Everywhere the businessmen and -women exchanged ideas, initiated business deals and chatted about the industry, but also the one or other private word was spoken.

It was not so easy to keep track with this amount of participants. The event’s messaging system proved very useful for this purpose, as it made it possible to contact participants in advance by email in order to coordinate appointments for discussion rounds, meetings or simply for lunch or dinner.

The first day before the TES Affiliate Conferences

On Thursday, September 12, 2019, MojoCoach’s shuttle service picked up attendees in Berlin and transported them to TES in Prague. At ten o’clock all invited guests were allowed to participate in the Paysite Executive Roundtable. Two hours later, attendees of the TES Affiliate Conferences were given the opportunity to pre-register. Imlive sponsored this event. Then at 5 p.m., MojoCloud’s happy hour began, where guests socialized and got to know each other. This was followed by the Clicks2Convent and Paysites dinner at 7pm and 7:30pm for invited guests. 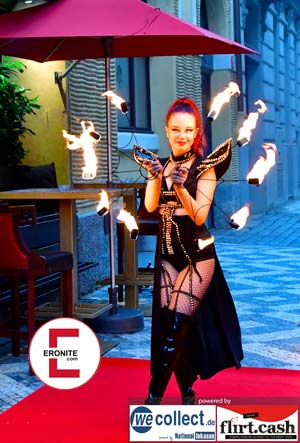 The second day of the TES Affiliate Conferences on 13.09.2019 – an excerpt from the programme

Between 8 a.m. and 3:30 p.m., there was again the opportunity for additional guests to use EPG Bill’s Airport Shuttle to attend the Conferences. Welcome drinks were offered at 9 a.m., also sponsored by EPG Bill. From twelve o’clock onwards all participants could register for the TES Affiliate Conferences. At 2:30 p.m., the MeetMarket Build-Up kicked off. Two hours later there was a presentation by Erotik.cash, namely the Meet Market at the TES Affiliate Conferences.

The participants of the TES Affiliate Conferences in Prague had the opportunity to refresh themselves at the Hot DogStand around 5 pm. The sponsor was called Pineapple Support. Also at this hour, stragglers still took the opportunity to hop on EPG Bill’s Airport Shuttle. At 5:30 and 5:45 p.m. each day, Paxum’s shuttle bus was ready to take guests to the YNOT Karting Grand Prix. Finally, at 6 p.m., only invited guests were allowed there. Also, only approved guests were allowed to attend the Affiliate Business Club that was available at the TES Affiliate Conferences.

Starting in the early evening, the Paxum Shuttle Bus made two trips to the RealityLovers VIP Dinner. Invited guests were allowed to attend a special VIP dinner. Also invited guests enjoyed DigiDrinx in the early evening and the AWSummit Dinner at the TES Affiliate Conferences a little later. Again a little later the Paxum Shuttle Bus drove the guests from the Grand Prix back to the Event Hotel. From 10pm he picked her up at the hotel again and drove her to the opening party. At the same time the Mojo Opening Party took place. Sponsored by Pineapple Support, there were delicious drinks at the end at 11pm in the Night Bar. 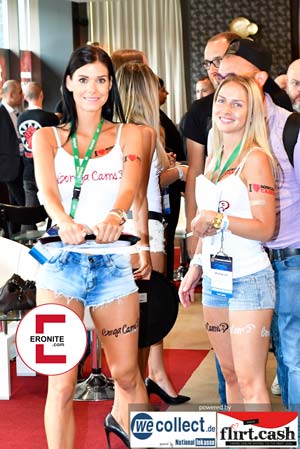 TES Affiliate Conferences on September 14 – the most important events

On that day, participants could register again at 9am. At 10 a.m. the exhibition of the TESAffiliate Conferences was opened. Parallel to this, there were various seminars such as on the future of media buying automation. 25 minutes later, there was a panel on technological innovations for 2020. At 11am there were again a number of seminars and panels, including on affiliate marketing with interactive and personalised content and how models source their own commissions. Also at 11am there was a meeting of women involved in online business. At 11:30 a.m., there was an opportunity to meet at the Daybar or the Cake and Candy Station.

From 12 noon, attendees had the choice of attending more seminars and panels or going to the food truck for refreshments. After the refreshment it was possible to visit different seminars from 13 o’clock, where it was about the future of CRM or Blockchain payment possibilities. Speed presentations, seminars and unmoderated Live Cam industry meetings sponsored by Live CamAwards at TES Affiliate Conferences took place starting at 2pm.

At 5 pm the Czech sausage stand was available for the participants. After that, we moved on to the more leisurely part of the day, as networking drinks with DJ Lil Hamsta were held at the same time. Alternatively, it was also possible to feast at the Prague ham stand. The Paxum Shuttle Bus drove guests to the YNOT Awards starting at 6 p.m., picked them up again starting at 10:30 p.m., and took them to the ExoClick Party and then to the event hotel. From 23 o’clock the day ended in the Night Bar.

An excerpt from the last day at the TES Affiliate Conferences

On the last day there were again various seminars at the TES Affiliate Conferences starting at 11am, for example about fraud in the online dating industry or the 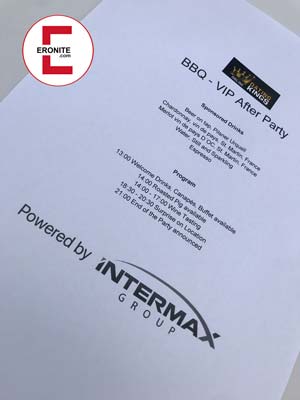 industry meeting of the Live Cam industry. From 12 o’clock the Food Truck was ready again for refreshment. At 1 p.m., the seminars talked about video marketing trends 2019 or the possibility of paying with cryptocurrencies in the live cam industry. The Paxum Shuttle Bus took guests back to their hotel from the events at 8:30pm. The end of the event took the form of Clickadu’s party and jam session starting at 11pm. Here could be danced, the evening found a worthy conclusion.

The next day the “Dating Kings” of the Intermax Group from Pilsen invited once again outside the official event to a delicious barbecue as a quasi second closing. The boss Christian Bayer always knows how to gather attractive employees around him and in the most beautiful autumn weather with a fantastic view of the metropolis at the foot of the Vltava, we once again chatted, chatted and ate. There could hardly have been a better end to the fair and one thing is certain – we will be back again next year!

What we particularly liked

Andreas Bischoff and Walter Y. Andreas have once again put together an event with the TES Affiliate Conferences that is second to none. The majority of the participants came from overseas, which speaks for the event. Some guests also came from Asia and Russia.

With every new edition of the TES, it is noticeable that the organizers improve something every time. Suggestions for improvement from the participants are also promptly implemented – which we can confirm from our own experience. For example, we noticed positively that there were smaller but far more beverage stands where participants could help themselves free of charge. And all without much waiting time, because the staff was on their toes, many drinks were already poured on the counters or tables ready to be picked up. Also the fact that the hotel entrance was closed for the car traffic did not escape us. This made networking twice as much fun. The fact that you only needed a few Czech crowns in your pocket during the event, as drinks were sponsored at almost all bars, was also well received by all participants.

From our point of view the only drawback: for a show of this dimension the hotel was simply too small. Even though it will be difficult to find a hotel that can accommodate the number of participants, we are sure that the TES team around Andreas, Walter and Renate will do their best to ensure that some guests will not have to eat their first meal of the day at standing tables during breakfast.

Our conclusion of the TES Affiliate Conferences in Prague

For anyone involved in adult entertainment in the online sector, this event is actually a must. In addition to high-quality workshops, seminars and panels, there were excellent opportunities for the networking that characterizes this industry. A common togetherness. And who doesn’t prefer to do business over a beer in the evening at a relaxed party after the contacts have been made during the day?

With this in mind: See you at the TES Affiliate Conferences at the end of February in Cascais (Portugal) and again in autumn in the Czech metropolis of Prague.

Interesting News
Many men have the (more or less) justified opinion that their penis is too small. Often, however, this belief is unfounded. With sex positions for a small penis is still good sex possible, because his best piece can penetrate particularly deep in these positions.