What are these findings based on?

In the field of sexual research, scientists are slowly realizing that human sexuality is not as unique as previously thought. Animals also have feelings and know such sensations as pleasure or frustration. Biologists used to believe that animals only engaged in sex for reproduction. Today we know that animals can also have sex just to satisfy their lust.

During the mating season, competition for females is fierce among Japanese macaques. They compete not only with other males, but also with females. This is because in some populations, homosexual behavior by women is not only common, but the norm.

Any gene that increases the likelihood that an animal will engage in sexual relations with another animal of the same sex is less likely to be passed on to the next generation than genes that favor heterosexuality. This would make homosexuality disappear quickly. However, this is clearly not the case. For many animals, homosexual behavior is normal. The combination animals/anal sex is also more common.

According to the theory of evolution

Up to 8% of males in hordes prefer another male. Only two species have been observed to prefer an individual of the same sex for life, even when individuals of the opposite sex are available. In humans, of course, and in domestic sheep.

This case is different from the others because it is not apparent how this preference can benefit men. How can this preference for other males be passed on if males do not reproduce?

The answer is that homosexual men are unlikely to benefit, but others who have the same genes and can pass them on to the next generation will. Neuroscientists suggest that the same gene that promotes homosexuality in male sheep may also increase fertility or the desire to mate in female sheep. However, these lifelong preferences have only been observed in domesticated sheep. It is unclear whether this is also the case for wild sheep.

Domesticated sheep are bred to produce as many females as possible, which may have led to an increase in homosexual males. The scientists concluded that only in humans could “true” homosexuality be demonstrated. 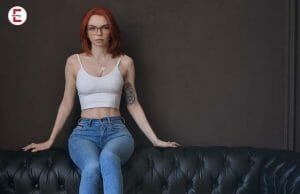 Stephan Gubenbauer - 17. May 2022
Venus in blue jeans was the most beautiful woman I had seen in person so far. She had long black hair and golden brown skin. Especially from her jeans I could not take my eyes off. They were skin-tight and emphasized her figure: legs without end and a crisp apple bottom. 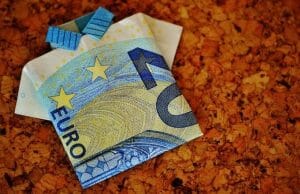 Offers & Promotions
What man does not dream of meeting hot girls who are taboo and willing? Such a thing is promised on many dating sites, but often not kept. Not so on www.eronite.live. There, men can not only make their dreams come true, but also receive a gift of 20 euros.