The world of the wondrous little animals

Do animals have oral sex? Yes, animals have been observed performing oral sex. So we’re not the only ones who enjoy sex. The different sexual positions of dolphins and practices of other animals prove it to us that animals also practice oral sex.

In the 20th century, sex in the animal kingdom was believed to have no purpose other than reproduction. The idea that other mammals could engage in sexual practices beyond the mating season or for purely reproductive purposes seemed inconceivable. However, this utilitarian notion became less valid due to the practices of some species with more developed brains than the rest of the animals, especially bonobos and dolphins.

Why do animals have oral sex? From a purely biological point of view, many animal species lick each other’s genitals in certain situations. But usually not to give each other pleasure, as humans do. There is an interesting exception to this pattern, but let’s look at more typical behaviors first.

Wolves lick each other’s genitals for social and health reasons, but this is not usually part of coitus. Male Norway rats are one of several species that practice multiple sex when mating. This means that they detach from the female several times, each time licking her penis and then penetrate again.

Animals having oral sex: the bonobos

The social organization of these nearly chimpanzee-identical primates provides a clue to the evolutionary advantages of their intense sex lives: sometimes males rub their penises together while females have genital sex with each other, probably as a peaceful way to resolve conflicts and thus maintain group stability.

Because of their polygamous nature (they do not have a steady partner) and because sexual encounters are not limited to the mating season but extend throughout the year, it was possible to document practices thought to be unique to humans, such as oral sex.

In addition, some female specimens have been observed to use sticks, stones, and other tools to rub their genitals with for the sole purpose of experiencing pleasure, another feature that brings their sexual behavior closer to that of humans.

So you can see that animals also practice sex for fun and not just for reproductive purposes. 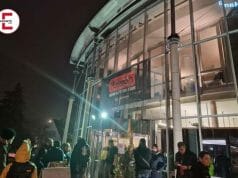