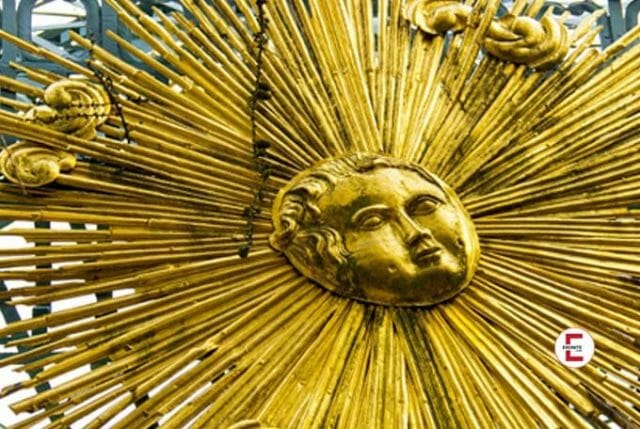 Born in the Berlin City Palace, Frederick was one of the seven sons of King Frederick William I (1688-1740). He was brought up with unrelenting harshness, strictly religious and authoritarian. The relationship with the father was fraught with conflict. Today, historians often focus their attention on Frederick’s “private” personality. He was an art admirer and aesthete and – as has since been proven – gay King of Prussia.

Popularly Frederick II (1712-1786) was called the “Old Fritz” or Frederick the Great. He was descended from the Hohenzollern dynasty and from 1740 was both Margrave of Brandenburg and King of Prussia. Frederick II said of himself that he was the “first servant of the state”. He led several wars, but also implemented important socio-political reforms. Under his reign, torture was abolished and the education system expanded. His legacy includes countless letters and writings that indicate his extensive knowledge and need to communicate. Also known is his affinity for the Freemasons and his affection for dogs, preferably wind chimes.

Probably the king’s most important confidant 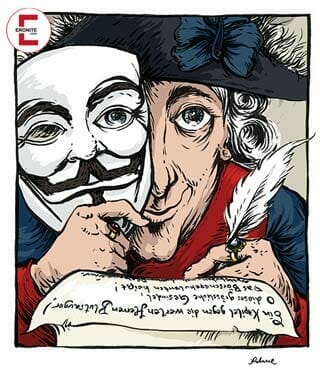 The gay King Frederick II trusted one person in particular: that was Michael Gabriel Fredersdorf, who officially held the office of secret chamberlain. In fact, this servant was at the center of power. He managed Frederick’s assets and had control over who was allowed to see the king. He also ordered works of art and artists to the court. The first German counterintelligence was also attributed to Fredersdorf. He was considered the go-to guy, or “the king’s great factotum,” as the French philosopher Voltaire found. The fact that Fredersdorf acted as a kind of secret prime minister has long gone unnoticed in the historical literature. According to Frederick II’s own confession, the latter was one of the six people he loved most.

In his youth Fredersdorf had served the future monarch “in more ways than one for encouragement”, as Voltaire put it. The gay king later turned his attention to other men, but this did not change the continuing close relationship with his confidant. The latter was given the title “Prussian Pompadour” by one of Frederick’s biographers, in reference to the mistress of Louis XV of France who was endowed with great power. Incidentally, in the 18th century people were not quite so particular about sexual intercourse between men, from which the gay King Fritz profited.

As if a homosexual king is a disgrace for the country, some historians behave until today. They avoid addressing Frederick’s preference for the male sex. Do they assume anything about his disposition that might diminish his historical significance? It seems so, as there are claims that there is no serious evidence of Frederick being gay. Allegedly, he only acted accordingly on occasion to make known his “true regard for Greek taste in love.”

The Homo King as German Hero 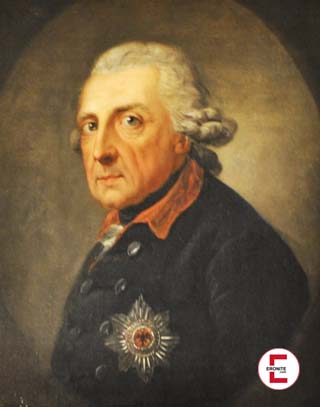 In 2012 for the 300th anniversary. On the occasion of the 150th birthday of the stubborn Prussian king, various publications appeared. He is a German heroic figure who went down in history as a far-sighted and death-defying general. Moreover, the Gay King has the reputation of the tolerance-preaching enlightened absolutist ruler. His artistic side is also famous: Frederick II played the flute and created compositions, wrote poems and composed philosophical reflections. He maintained correspondence with important personalities and brought the Frenchman Voltaire, probably the most important author of the Enlightenment, to his Sanssouci Palace in Potsdam.

It is not wrong to say that Frederick the Great did not conduct the affairs of government exclusively successfully. He could be cynical and maltreat other people with vulgarities. Nevertheless, he was glorified as a role model and served as proof of Prussian and German superiority. Emperor Wilhelm II, who was forced to abdicate in 1918, and even the National Socialists invoked Frederick II. Behind all the hero worship, Frederick’s private persona remained mostly undiscovered. For the gay king would not have fitted into the heroic image at all.

Rather, the monarch was said to have a venereal disease. This fairy tale was allegedly started by his personal physician Zimmermann. In this way he wanted to combat the rumour that Frederick had loved like the ancient Greek philosopher Socrates. In his youth there should also have been love affairs with women. But then his lust would have ended abruptly – due to a disease that required a serious cut in the intimate area. After that, according to Zimmermann, Frederick considered himself incapable of procreation and did not expose himself to others. What a transparent manoeuvre on the part of the medical man: an asexual or homosexual German idol must not exist, but a so-called gallant affliction is to be conceded to him.

How the gay king actually felt

Frederick the Great himself ensured that Zimmermann’s attempt at deception failed. In letters to his confidant Fredersdorf he revealed completely different facets of his person. There wrote not the uptight and ascetic living “philosopher king” let alone that he made a secret of his physical ailments. He openly complained of hemorrhoids and reported constipation, which was relieved with an enema. At one point he confessed that he felt like a pregnant woman with “messy lusts.” Manhood was also a point the two friends discussed. Thus, the homosexual king advised a medicine that should not be mixed with others. Otherwise Fredersdorf would be robbed of his potency before he died.

Frederick had already noticed his barely pronounced interest in women as an adolescent and confessed it to one of his father’s ministers. Only reluctantly he entered into marriage with Elisabeth Christine. The two lived side by side in Rheinsberg. When the old king died, Frederick told Fredersdorf that “the farce” was now over. As the new ruler, he deposed the missus. She was denied the right to enter Sanssouci Palace. The historian Wolfgang Burgdorf attests to Friedrich’s physical disgust with the female sex. He thinks he’s incapable of having sex with women.

The gay king kept his dream castle Sanssouci largely free of women. But he corresponded animatedly with his sisters or the Countess Camas. He is said to have been abusive at a dinner party, ranting about “nasty broads” that could be smelled ten miles away. In the consistently misogynistic letters between Friedrich and Fredersdorf, female artists were consistently referred to as “whores.”

A new representation of the Old Fritz

In addition, the historian portrays Frederick II as a master of self-promotion. He describes how the gay king presented himself as a “living work of art” and recognizes in him a precursor of the dandy. The Old Fritz, portrayed as gnarled, was also once young and radiant. In this respect, the gay King of Prussia belongs in a row with other homosexual icons, whether they are literary figures like Oscar Wilde and Marcel Proust or the fashion czar Karl Lagerfeld.

For the gay king, who showed himself to his subjects as a model of soldierly discipline and wanted to impress them with his performance, also had a completely different side. Like a typical cultured gay man, he gossiped and gossiped with like-minded people, read and wrote, made music and composed. These are proven facts, which were not only revealed by the straight man Voltaire, who belonged to Frederick’s entourage for three years. Count von Lehndorff, who was also gay and served the king as a chamberlain, also acted as a contemporary witness. The gay King Frederick II is also portrayed as an eccentric who dressed in velvet and silk, kept women away from the court and liked to have his way with one or two pages.