Sex on the train – the dream of many couples

Why sex on the train is a popular fantasy

Opportunities For Good Sex On The Train

The first thing to do is to find out if sex in public places is punishable in your own country. It can be quite expensive in some parts of the world, including Germany. For example, if you want to go on a swinger holiday and want to make sure that you have an erotic trip there, you should inform yourself about the laws of the respective country. In France, for example, sections 222 and 232 of the Penal Code punish indecent exposure with a prison sentence and a fine of 15,000 euros. Therefore, it is important to do proper research before adventuring in public.

What’s the best way to do that?

Of course, the most comfortable positions are those in which both are standing. How about the upright doggy position? Ignorant people can read the Kama Sutra and see what other positions they can practice on the train toilet. But: the problem is the lack of hygiene and comfort of the place. You should definitely be clear about that beforehand. Some people just can’t have sex in smelly places, and that’s okay.

Prelude on the public seating area

Of course, the public seating area is the most public place for couples to practice first contact before jumping into action. But there is also a higher risk of being discovered. Of course, the whole sex act can’t take place on the train seat, but some foreplay under a blanket or coat can do the trick. A few caresses, a few rubs under the clothes, a few kisses…. The intensity depends on how many people are in the car and where you are.

The ideal would be to take your own train compartment to have sex on the train. If you have the opportunity to have sex in a sleeper car, you’re lucky. Because it is undoubtedly the best option. No one will disturb the couple and here couples in love can let their imagination run wild. But sex with strangers on the train also has its special charm. A quick fuck and then never see you again.

If you don’t have any problems with the rattling of the train and the rails, you will certainly feel comfortable like this. As a couple, you should try whatever comes to mind spontaneously in the situation. Especially since it’s still a public place, you may have to stop short and find a new spot.

He fucked me while I was on the phone with my... 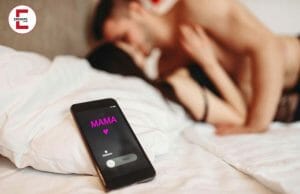