The sweet Czech is a Gesamtkunstwerk like the Viennese Ring

You have to know: The most important buildings from the time of the Habsburg Empire – from the Hofburg and the Vienna City Hall to the National Council, the University and the State Opera – are located on the Ring, as the Viennese call it. Built in the second half of the 19th century, the imposing buildings were intended to represent the importance and power of Austria. Today, millions of tourists from all over the world flock to the city every year to explore Vienna along the Ringstrasse. So porn star Little Caprice has chosen a really impressive setting for her shooting.

More photos and videos of Caprice

In one photo she looks directly into the camera with glasses on her nose and provocatively pulls the two halves of the coat apart – just as an exhibitionist in the park would do. With so much sex appeal, the opera house in the background probably wobbled quite a bit. And many a passer-by who has never seen or heard an opera in his life will have had a very exciting experience at this sight.

» Photos of the shooting can be found here on her website « 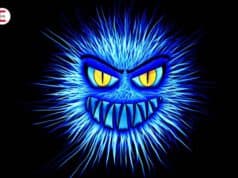 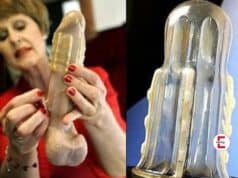 love & sex horoscope
The sex horoscope for Sagittarius knows: As long as the Sagittarius's enthusiasm is sustained by exciting events such as an adventure trip to Iceland or a spontaneous shopping trip to Paris, everything goes well, even in bed!

Cruze Crazy - 7. March 2020
A really tough sex story: When the burglar stood in front of us with his gun, I could not yet know what perverse game would be played with us. Blowing my father was harmless in contrast to what the sex offender was still asking for.