Censorship as a unique selling point?

Sex is a beautiful thing, so it’s no surprise that all cultures have embraced the depiction of sexual activity in some form. Whether such a depiction is pornography or art is sometimes debatable. What is indisputable, however, is that such representations can be particularly appealing when they come from countries about which little is otherwise known.

Sex in Japan, unlike in many Western countries, was and is not associated with thoughts of shame or guilt. Therefore, in this often unknown country, its own pornography has already emerged from the 17th century. The depiction of the sexual act took the form of elaborate woodcuts in the form of individual pictures, pictorial volumes and often with textual descriptions. In the second half of the 19th century, the political and social system of the country was renewed, also under the influence of increased contact with Europe. In the course of this renewal, the depiction of the naked penis and vagina was banned. It was feared that the prevailing sexual openness would be interpreted as backwardness.

Faizel Ahman - 4. November 2022
German High Seas Sports Association HANSA and DHH Ruhr area probably know that sailing and sex are not a rarity. Each and every person must decide for himself or herself whether he or she considers public sexual intercourse in a canoe or on a sailing vessel to be appropriate.

This really goes off on a wild girls night out 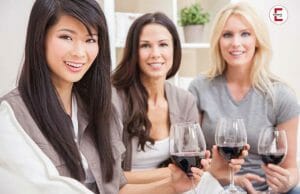