Where couples prefer to be during sex in public

With Xisca in the parking lot

U.S. retail giant Adam & Eve hired an outside polling firm to conduct the survey. More than 1,000 American women and men over the age of 18 were surveyed. Nearly half of them are in favor of Public Places as their preferred locations. We can be curious about what couples feel during sex in public and where the special tingling sensation is triggered.

Sex in the car is ahead by far

Where couples are reluctant to have sex in public

Public shagging on planes doesn’t seem to be very popular – or is it just a lack of experience in this regard? In any case, only a measly four percent can warm to sex on a plane.

Read also:
– High Mile Club: Yes, I had sex with the pilot
– Our tip: The 5 best places for a quickie
– Sex while camping and camping – the best tips
– Lara Bergmann – The interview with the hellcat
– Perfidious: The perfect public humiliation

What the expert says

This involves potentially serious consequences if couples are caught having sex in public. Dr. Skyler recommends secluded backyards or a parked car in a hidden driveway as real hot spots for sex-crazed couples, as well as legally unassailable alternatives.

Only 3 months until the VENUS in Berlin 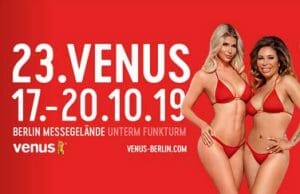