There was a time when the Munich office clerk was married. Her husband was very jealous and always made sure that Vika Viktoria was never dressed too sexy. Short skirts were taboo, he did not even allow her friends. To the imposed prudery were added jealousy and delusions of control.

It was a fortunate circumstance that Vika Viktoria met a colleague at work who was relatively relaxed about the subject of sex. Fascinated by this permissive lifestyle, the blonde kept testing her own sex appeal.

It came to divorce and since then Vika Viktoria is free and unattached again. This freedom lives the sexy blonde now to the fullest. On this occasion, she came into contact with the topic of webcams and immediately took a liking to it. The idea of being looked at by men in front of the cam appealed to Vika Viktoria, so she soon tried cam sex.

Once she started, she couldn’t and wouldn’t stop. It was just too awesome. Finally she could live out without restraint all that she had to painfully hold back for years. All the wilder her videos seem, because VikaViktoria always gives one hundred percent and is a real rocket in front of the cam.

Vika has already succumbed to the attraction of being watched. That’s certainly where her penchant for the outdoors and unusual places comes from. The thrill of possibly getting caught makes the sexy blonde even hotter.

Vika Viktoria is a mother of three and campaigns for the social recognition of sex workers. Not only that she sees no obstacle in her profession to bring children into the world. Vika Viktoria is actively campaigning for mothers from the sex industry to be treated in the same way as women with more mundane jobs. It goes without saying that her situation as a divorced mom of three children is not entirely easy. All the more respect should be paid to this woman, who so brilliantly reconciles eroticism and family life.

Vika Viktoria’s style and way of life is one hundred percent authentic and genuine. It is the result of their life course so far. None of their behavior is contrived or fake.

Their distinctly handsome bodies are also natural. Two piercings serve as eye-catchers, one on the belly button and the other in the genital area. Only her breasts, the beautiful blonde has had injected after breastfeeding three children. However, Vika openly admits this at any time.

But is it any of the surrounding population’s business what two people do in their bedroom? According to local newspapers, this may be announced because the said videos are published on the Internet. Such articles, of course, contribute to a sometimes not so pleasant neighborly atmosphere. In some cases, this goes so far that they have already considered moving to another state.

The man and his (distorted) tail image 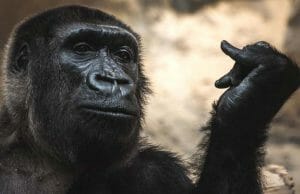 Interesting News
Social networks today make it easy for men to send pictures of their own penis to a complete stranger. So time to ask the question here, why Mann sends his dick pic at all without asking.