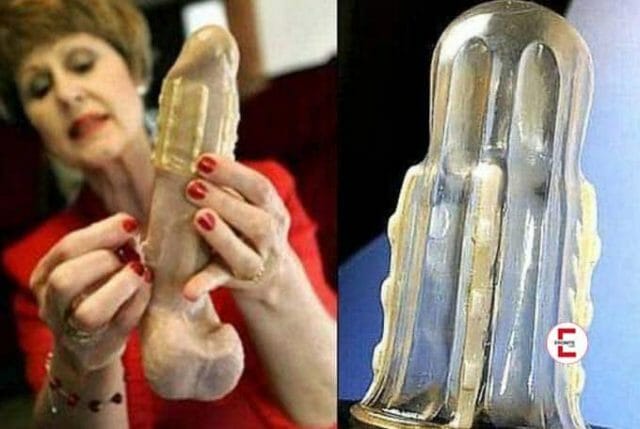 New inventions rarely concern the safety of women. With the user-friendly condom Rapex this is set to change – because this condom from South Africa sticks to the rapist’s penis by means of tiny barbs and also protects against an unwanted pregnancy and possible sexually transmitted diseases. 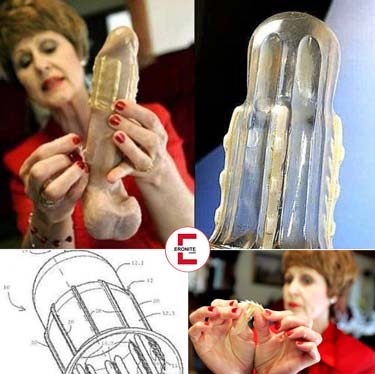 Rape-aXe: A remedy for rape?

With around 52,000 reported rapes annually, South Africa leads the global statistics. For this reason it is actually no wonder that the first anti-rape condom with the ringing name “Rape-aXe” was invented here. The idea belongs to 57-year-old sonnet Ehlers, who made headlines worldwide with the controversial innovation for the first time in 2005. Even though the international media organized a real hype around the “condom of a slightly different kind”, it actually manifests a collective horror fantasy: the vagina with teeth has been a symbol of men’s millennia-old fear of castration, not only since Freud.

The target group of Rapex (to rape), which is intended to be accessible to every woman at a price of a few euro cents, is women who feel threatened. According to Ehlers, Rapex offers a certain degree of protection, especially to socially disadvantaged women – because they can hardly avoid the perpetrators on public transport, at precarious workplaces or in poorly lit neighbourhoods.

The condom-like Rape-aXe consists of a stable plastic and is inserted into the vagina like a tampon. Rapex is hardly noticeable there and can remain inside the woman for up to 24 hours. Should sexual intercourse occur during this time, the tiny but razor-sharp barbs attached to the “condom” drill into the skin of the penis. This process alone is accompanied by severe pain for the man, which is why a rape is usually stopped at this point.

The “condom with teeth” can subsequently only be removed surgically. Many a perpetrator will undergo a DIY operation in a back room. But most will put themselves into professional hands to free the best piece of the unpleasant appendage called Rapex. Visiting a doctor is accompanied by the rapid tracing of the rapist, which should increase the rate of solving sexual crimes.

As a side effect, the anti-rape tool Rapex offers condom-like protection against pregnancy and sexually transmitted diseases. The latter is not just a buzzword in South Africa – every third woman under 34 years of age is HIV positive.

Many government agencies have already made inquiries, so that the anti-rape condom will soon be produced in series. As a means of prevention, it has the potential to deter many offenders. Even the surprisingly occurring pain in the limb can give the victim a few valuable seconds to flee or finally repel the attack.

However, not all NGOs are enthusiastic about the new prevention tool: Some identify it as a modern chastity belt. Rapex places the responsibility for protection against sexual assault in the hands of the woman instead of taking responsibility for society.

At the same time, experts express concern that the unexpected pain of the intrusion may additionally irritate the perpetrator and thus increase his aggression. This can be fatal for the woman.

Conclusion on the “condom of horror”

It remains to be seen whether the innovative Rapex is actually able to reduce the number of rapes. However, it is undisputed that the pain provides for an immediate “punishment” of the violent offender. Also the self-determined possibility to protect oneself from the further consequences of violent crimes is definitely an advantage.

The question remains open, however, as to whether mass production and worldwide distribution should not be started elsewhere at the same time. For instead of letting women once again take “preventive measures” in potentially dangerous situations, one could turn to the men’s world. Causal research, social and educational work with boys and young men on a outreach basis and anti-aggression training have proven their effectiveness in the fight against violence against women in many studies.

Because even if no physical wounds are visible after the “almost rape” – no Rape-aXe manages to reduce the psychological pain and consequences of rape.