In their quest to fulfill sexual fulfillment, people are constantly looking for something new. Spoiled and dulled by the multitude of impressions, conventional sex no longer fulfills the needs. To counteract the monotony in bed, people like to fall back on the teachings of the Kamasutra. The antelope is described in the Kama Sutra as a very intense sex position. But what makes them so special?

The antelope in the Kamasutra sex

The Kamasutra, which originated in India, contains instructions on sex positions. The very extensive work deals in depth with eroticism, love and sex. It contains detailed descriptions about fulfilling sex positions during sexual intercourse. Already around 250 A.D. it was clearly described in words and pictures which positions during sex are conducive to reaching climax. Among many others, the position of the antelope is described in detail. The clear sketches are accompanied by explanatory words.

Physical exercise can only benefit the man before sex in the position of the antelope. This kind of chandelier filling should not be compared with gentle cuddle sex in the bed at home. What is demanded here is rather animalistic drive.

Sensual pleasure through the use of strength and endurance offers the position of the antelope. Those who do not shy away from effort on the way to sexual fulfillment will be offered a lot. Numerous women are particularly enthusiastic about this position. They are the more passive enjoyers and profiteers of the animalistic game. Due to the very intense stimulation of the G-spot, the woman experiences very violent orgasms. It is very advantageous if the pair is matched.

During antelope sex, the man should stand firmly on both legs. The lovers face each other in the process. While the woman wraps both arms around the man’s body, he lifts her up demanding. Ideally, the woman’s legs are bent. It is advantageous if she can support her legs on a piece of furniture provided. Alternatively, the man can press the woman’s body against a wall. After that, it becomes a bit acrobatic for both partners.

After the man penetrates deep into the woman, she lets the upper body slowly slide backwards to the floor. Supporting herself with her hands on the floor, she can now receive deep and intimate thrusts. By bobbing movements the man can increase the pleasure even more. 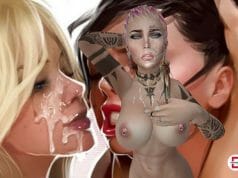 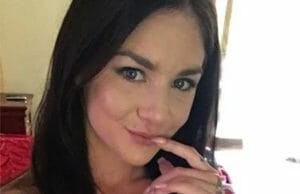