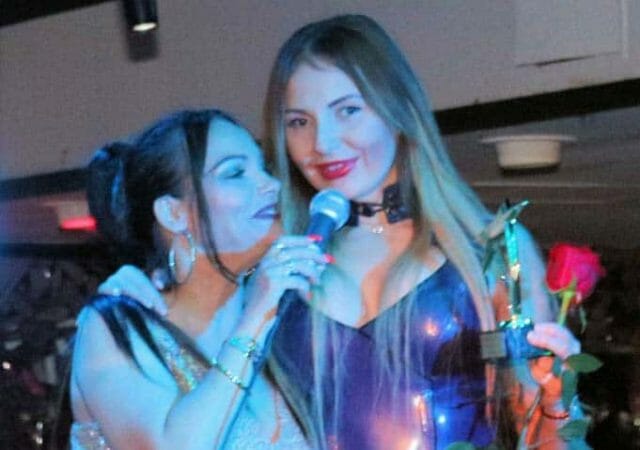 Berlin. During this year’s “Venus” trade show, a small “sensation” occurred: The Netstar Award 2019 audience award went to a total outsider: Jessy Thomas from Fürstenfeldbruck, Bavaria, received as many votes from her fans as the girls in second to fifth place combined. During the celebration at Maxxim in Berlin, Jessy took the opportunity to announce another sensation right away: At the end of November this year, the hit debut single Ich Will Alles of the likeable beauty will be released. 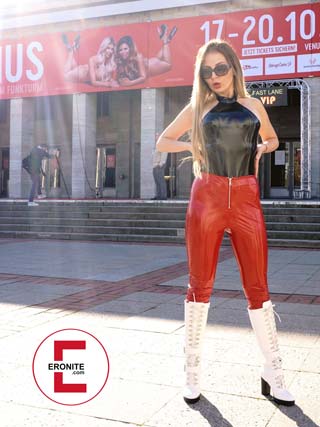 While Djane Micaela Schäfer presented her with the coveted trophy, tears of joy flowed for Jessy. “I didn’t expect that at all,” she admits candidly. “I followed the midterms on social media every day and had to rub my eyes. I am overjoyed and very grateful for the great support of my fans!”

Jessy Thomas, who had bought a skin-tight creation from “Latex Fashion Design” especially for this evening, was the eye-catcher of the party. She had made many a man’s heart beat faster. No wonder, in her latex outfit the attractive blonde shone at least as much as the Netstar Award she had just won.

The exotic beauty with Bulgarian roots has been living in Germany for about two years. She is studying tourism management in Munich and is already a true all-round talent at the age of 23.

She regularly appears in front of the camera for travel and lifestyle portals and has sung her Schlager debut Ich Will Alles with Jack Price, who has produced Michael Wendler and many others. While Jack provided the right music, successful composer and lyricist Bernd Havixbeck was responsible for the appropriate musical idea.

How does Netstar Jessy Thomas sound?

She herself describes it like this: “The number is very catchy and is guaranteed to tempt you to sing along and dance after the first listen. What I sing there is completely authentic and one hundred percent me. Bernd did a really super job coming out with what I think is an absolutely joyful and positive number!”

Ich Will Alles is expected to see the light of day on November 25, 2019 and will be available for download on all major portals. In advance, a video for the song is still being shot, which should go online at the end of November.

“For the video, we’re going to Austria and way up high,” Jessy reveals with a wink. “We put a lot of thought into creating a wow effect here as well.” So you can be curious and look forward, apart from the appealing landscape of the alpine country, especially to sexy Jessy Thomas in close-up.

Interesting News
Sex while camping can be terribly exciting. No matter if you are a teenager who can't eat his girlfriend at home and therefore goes to the tent, or an experienced couple who gets closer to each other in the caravan. We have the best tips & tricks!