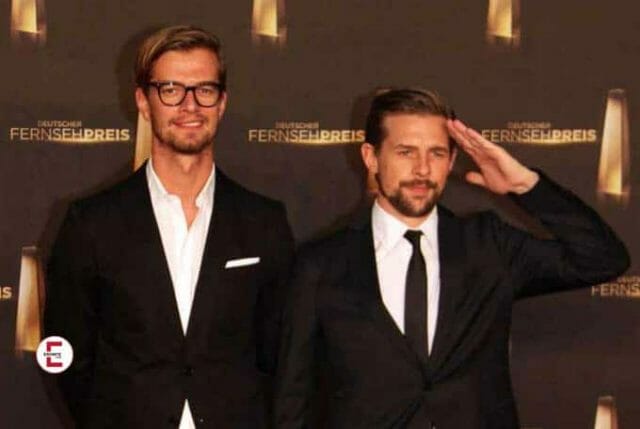 Joko & Klaas with a quarter of an hour, which caused more than just a stir. There has never before been anything like this on German TV on Wednesday evening. In keeping with prime time, the two entertainers release 15 minutes of airtime against sexual harassment, not with a cautiously hinted speech, but with tail art and words from women who seem to be beating through Germany like a wave of “waking up”.

From naked tailed picture art to shocking words and moving spectators
It was their last won “Joko & Klaas vs. ProSieben” which again allowed Joko Winterscheidt (41) and Klaas Heufer-Umlauf (36) to win a quarter of an hour. 15 minutes, which Pro Sieben gave them at Germany’s prime time, so they could do what they wanted. In contrast to the primetime broadcasting time they had won in the past, where they amusedly ran a special programme from RTL Aktuell over ProSieben Äther, this time it was very serious. The topic: sexual harassment of women.

It’s shocking what the male moderator duo let the Germans broadcast into their living rooms in only a quarter of an hour. So many women are affected by sexual harassment in their real and virtual existence and each of these women has their own story to tell. Joko and Klaas are not to be seen themselves in this short broadcasting time and leave the “stage” completely to the tail art of their male conspecifics and of course to the women who unintentionally become art collectors. Especially for the show an exhibition with the title “Men’s Worlds” or perhaps more appropriate “tail art” was created. Author Sophie Passmann has the “honour” of being the presenter of the programme.

Warning words at the beginning should try to prepare

Right at the beginning Sophie Passmann makes it clear to her audience that the coming is not for the faint of heart. It will be bitter and hard, but nevertheless one must now start the programme together through the author. The next 15 minutes stand for different shocking scenarios of prominent ladies, who talk to the presenter. But other victims of sexual harassment also have their say.

About the world of men and their tail art

Palina Rojinski (actress, 35) makes the beginning of the Museum of Male Worlds. She shows her preserved tail picture art (penis picture), by the way one of countless, which not only she gets in this form. A true picture gallery opens up and it emphasizes her feeling of adjacent virtual abuse. Sophie Passmann will then discuss the criminal liability of such cases.

Some people know a lot about sexual harassment

Sexual harassment on the Internet is known by many, including other celebrities such as 23-year-old model Stefanie Giesinger and 38-year-old presenter Jeannine Michaelsen. In men’s worlds, these read out the numerous comments received in the social media. Thus, Jeannine was only allowed to moderate on the basis of subsequent good ‘sucking’. The women’s team is followed by other well-known women such as Katrin Bauerfeind (37) and Collien Ulmen-Fernandes (38). But sexual harassment in the form of tail art also affects millions of non-prominent ladies.

The presenter of the program explains that in Germany every second woman has already experienced sexual harassment. Whereupon a multiplicity of women take the floor and report about their everyday tail art. No matter where a woman is, whether sitting in a taxi on the way home, at a party in the evening or waiting at a red light. There is no place in the world where women are not safe from sexual abuse or even unwanted touching. In many cases, however, this has not yet happened and rapes follow. Joko and Klaas are still not to be seen and thus enable anonymous female voices to tell their stories.

The exhibition of Schwanzbildkunst alias Männerwelten from room to room

Men’s worlds as an exhibition of the special art of tail painting is presented from room to room. Every room is shrouded in darkness, coupled with a feeling of threat. From time to time there is a purple or yellow light. Directly the first room shows a series of penis pictures or more beautifully printed, the tail picture art.

The only difference is that the art is not about desired or requested specimens, but about tail pictures that reach countless women every day without being asked. By the way, this was the room of Palina Rojinski and her preserved tail painting art as well as dick pics of her partly also not prominent friends.

During the transition to the second room, Sophie Passmann deals with the idea of what the current situation in the social media might look like. In the realm of the possible would be, for example, a comment that includes the advice that she herself would probably also need a male companion to bed. So she can then perhaps become a little more relaxed again. But also a comment about the outfit of Palina, that would invite to fuck, would be conceivable.

The 15 minutes on Wednesday evening was watched on TV by about 2.04 million people, giving ProSieben a 6.3 percent market share. By Friday morning, men’s worlds with his tail art was clicked on YouTube over 2.8 million. In view of the German Twitter trends, the hashtag #maennerwelten has become the number one and is still in the top 10, while the hashtag #harassment is also viral.

With such numbers, it is no wonder that there have been countless reactions in the network during the transmission. Presenter Sophie Passmann, for example, received a lot of encouragement for her performance due to the comparatively short airtime. Much of the positive response was based on the importance of finally addressing sexual harassment in this way. Some spectators reported goose bumps running down their arms and legs during some tales of woe. Diana Kaloev, a former candidate for the “Bachelor” also commented and shared the post as did thousands of others. On YouTube, a subtitle in English is also often required for the contribution.

Art of tail pictures, i.e. the pictures of naked tails naturally concern only the male representatives. It was not only to be expected, but also desired, that they would also comment on men’s worlds. That Passmann got to read a lot of good things about her person is of course gratifying, but besides a laughing eye there is often a less laughing eye. Social media offers enough space for the countless sexist comments to line up like a parade of dicks, which is also a popular motif in the art of dick painting.

Clearly visible in the mostly very brainless and misogynistic comments is the preference of the men for terms like suck, tits, fuck and of course blow. But many lords of the ladles also want to keep their mouths shut. Moreover, one or the other of them showed concern about model Stefanie Giesinger. So you have to be afraid to break it with the right Durchficken yes, because it is so thin. Afterwards she is asked to present her column. Which leads to the question whether she had her tits removed. Sexual harassment at the level of those who like to take pictures of themselves.

Very informative is also the fact that for every 100 comments, influencers have to deal with an average of 16 sexist insults. If it’s a male influencer, how many? Right, none!!!

From social media inevitably to Berlin in government circles

Sexual harassment through tail art naturally also reaches government circles and thus also becomes a current topic within politics. Here the 15 minutes of broadcasting time are equally popular and well received. Through a spokesperson, Mrs. Giffey, for her part Federal Minister for Women (SPD), expressed her respect and joy for the education and discussion of sexual harassment of women. Also belonging to the SPD, Foreign Minister Maas thanked both the women who told of their tales of woe and the presenters of the programme.

However, a politician, Mr. Wölken, as SPD member of the European Parliament, went even further and appointed the quarter of an hour as probably the most important television broadcast of the year 2020.

And what about the criminal side of tail art?

Even if the term “tail pictures” has a rather amusing touch in itself, it remains what it is in the end, namely tail pictures in masses. But what does this type of sexual harassment look like from a criminal law perspective? Statistically speaking, every seventh woman in Germany has so far experienced violence with criminal relevance. Both sexual harassment and domestic violence have always been part of everyday life for many women.

In contrast to this punishable behaviour in cases of domestic violence, the unsolicited sending of tail pictures, i.e. penis pictures, is not prohibited. This means that millions of men in Germany have no penalties to fear when they send their tail art to the world of women. “Up one” to the smartphone with the sharpest camera… 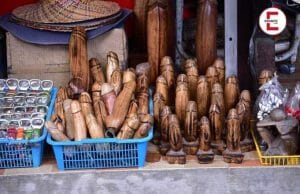 Interesting News
With the advent of dating apps, a practice began to spread among heterosexual men: sending dick pics. Most men believe that it sexually arouses women. Of course, this is not the case with most ladies.