Michelle* is 26 years old and has been a Sugarbabe for four years. At the tender age of 16 she moved out of her home – with her parents’ permission, because she rented an apartment together with a good, long-time friend nearby. That she would one day have a sugardaddy relationship was something she never dreamed of at the time, having just had her first boyfriend at the age of 19. She was the typical late bloomer.

“I sell my body, not insurance”.

At 17, she dropped out of school and left high school. She quickly realized that life is expensive. Her training, which she then began, did not even earn her 700 euros. Today, six years later, she earns between 25,000 and 30,000 euros every month, drives a 6-series BMW convertible, travels the world and has a considerable amount invested in real estate, stocks and direct corporate investments. Michelle is a sugarbabe and has a sugardaddy relationship.

Meanwhile, she can afford almost anything her heart desires. Some girls at 26 still live at home, Michelle laughs. She used to have to save on every little thing, wouldn’t have dreamed of a life of luxury. Her account was constantly overdrawn, today she supports her family financially.

Sure, a student, for example, couldn’t afford a fat BMW on her BAföG or a student job. When she moved to Frankfurt am main at the age of 16, she could barely afford the rent for her small apartment. “I dropped out of school to get an education so I would at least have some money to pay the rent,” Michelle recalls.

Prostitution not a solution in the long run

During her training as a retail saleswoman, she earned just under 700 euros net. When Michelle realized that the money was not enough to live on, she started working on the streetwalking in Frankfurt’s Bahnhofsviertel. One day, however, an acquaintance caught her fluffing it to her boss. Of course, he immediately gave notice to his trainee and suddenly the young woman was out of a job. There they were again her three problems: no job, no money and no idea how to go on in her still young life. The bills were threatening to pile up, but the girl didn’t want to get into debt under any circumstances. She had learned from her parents to be responsible with money.

Fortunately, she quickly found another training company and was at least able to continue her apprenticeship. She didn’t give up the side job in the oldest trade in the world, however, and after work she continued to stand on the street on the search for the next suitor. The red light milieu had cast its spell on her and never let her go. The quick money she was making here was too tempting.

As time went on, however, she became more dissatisfied. The situation was becoming difficult for Michelle to bear, she was now working almost round the clock and her education was suffering as a result. In the store during the day and on the street at night. This left its mark on the young woman. Then, to make matters worse, she got pregnant by her then-boyfriend. Fearing her child would eventually call her a whore and lose respect for his mother, she aborted the baby. The only decision in her life that she regrets to this day.

She was looking for a sugar daddy relationship…

“I wanted a man who had enough money to support me financially,” Michelle freely admits. She was fed up with working all the time and having no free time. But she didn’t want to do without the money either. She quickly found on this portal for Sugarbabes a man to fulfill those dreams in a sugardaddy relationship. They negotiated the terms. Michelle knew what she was getting into. She gives her time, her body and gets money in return. A lot of money.

Often the sugardaddy – let’s call him Mike – transfers her a fixed amount. Monthly, of course. Sometimes they just go out to dinner or to a movie, theater or party. Sometimes, however, they fly on vacation. Her girlfriends Hannah and Peggy, whom she had recently met, were currently staying with a rich man in France.

When they’re out and about, they chat about God and the world and act (almost) like a real couple. Only kissing is taboo. But holding hands, they often stroll through the city. Anyone who doesn’t know better might think she’s his girlfriend. In addition, she gets paid for her time. For 12 hours she gets 1,400 euros in cash. Extras go – as the name already says – extra, for example travel expenses, a hotel room or the catering. If Michelle spends a whole day with him, the sugardaddy will jump 2,500 euros. Sometimes she is with him ten days a week. “It adds up to quite a bit of money,” Michelle enthuses, her eyes sparkling at the thought of all that money.

Sure, if you want to earn good money, you often have to work hard. So, too, in Michelle’s case. Her sugar daddy relationships demand a lot from her, especially organizational talent. Sometimes she meets with several men at the same time. Often the dates take place at the end of the week when she hasn’t filed for vacation at work. Time is money. Even with sugarbabes like Michelle. She herself believes that the good pay is more than fair because “after all, I’m not selling insurance, I’m selling my body and my time.”

By the way, she only sees it as prostitution to a limited extent, because she doesn’t promise sex to any of her clients. But if the chemistry is right, that’s no problem for the young woman.

Some men even developed feelings for the Sugarbabe. In a sugardaddy relationship, that’s even allowed. Then they would also be prepared to spend more money. Of course, Michelle likes this and even encourages emotions between her and the man in question. The fact that she uses this to her advantage as hard as nails doesn’t bother her. She doesn’t have a guilty conscience, because “the men know what they’re getting into and the money doesn’t hurt them. They enjoy my company”.

Michelle stands by her “job” as a sugar babe. Still, her family and especially her mother had a problem with it at first, didn’t check in with her daughter for the first few days. She was already wondering how Michelle could afford all those expensive things and already feared worse. But the fact that her daughter has found fulfillment in the job reassures her mother, and meanwhile she accepts her offspring’s decision. She is always there for her daughter, she assured, and can always monitor where Michelle is via GPS. Every eight hours, the two women have agreed, she checks in with her mom. Three messages a day saying everything is fine and she’s okay. The mother calms it down and it’s okay with Michelle too. The two have always had a good relationship.

However, her mother does not support her life as a sugarbabe, cannot approve of these sugardaddy relationships. But she tolerates them and that’s important to Michelle. If something happens, “mom is always there for me.” Words as if from the mouth of a girl, not a mature adult woman.

Michelle Sells Sex And Illusion In Her Sugardaddy Relationship

She always insists that she is in the sugardaddy relationship of her own free will. “I don’t force myself to do anything,” Michelle never tires of pointing out. She puts a lot of energy into inserting herself into the men and understanding their needs. The cute sugarbabe even took a course where she learned more about male thinking and behavior. She plays her part perfectly. She is selling an illusion in addition to sex and her time. That of a perfect partner. So it happened that she had to turn down the one or other marriage proposal. When things get too serious for her, she ends the sugardaddy relationship. Usually their liaisons last about a year, sometimes the man just gets bored and moves on to the next sugarbabe.

Michelle has no moral qualms. After all, men know they are only buying the illusion. Dreams à la “Pretty Woman” may be allowed, but have nothing to do in reality, says Michelle. What does their future look like? Get your A-levels and start a university degree. She can certainly afford it.

* Name changed by the editor 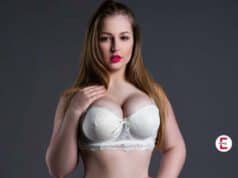 The confession: In love with the sister of the girlfriend 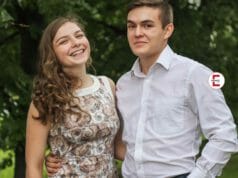 The confession – My mother and I share a friend 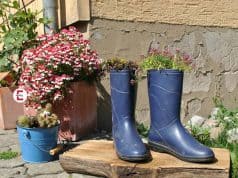 The confession: I have a gumboot fetish 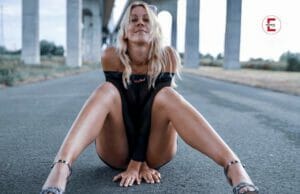