Julia from Munich has only been active in adult entertainment for a short time. Nevertheless, she already has a loyal fan base and her shows as JuliaMia enjoy great popularity. Is it perhaps because , as an Eronite reader, she keeps up to date with what men want?

Who is Eronite reader Julia from Munich?

And as an Eronite reader, she enjoys the positive coverage of the different sides of human sexuality. The 22-year-old medical student came to eroticism on camera through a friend. She takes much more pleasure in this occupation than in other jobs or her studies.

Are there any videos of the hot blonde?

JuliaMia is usually active in front of the webcam. This is where she really knows how to get her fans fired up. No matter if they are only viewers at the webcam or if they interact directly with the livecam. This livesex excites not only the male audience. As a curious Eronite reader, the blonde just knows what she owes her fans.

What about live meetings?

According to her own words, JuliaMia is straight. She enjoys being wooed in live chat. Maybe one or the other Eronite reader now feels like trying her luck. A video of a JuliaMia getting intimate with another woman would certainly be a lovely first.

Is there more from and about JuliaMia?

She responds to her webcam fans individually. Some of her viewers shower her with romantic declarations of love. Others play the eternal complainer and grumbler. JuliaMia can handle all types of men. And the sympathetic, sexy way in which she does this contributes not insignificantly to her rapid success.

Texas Patti in interview about sex with a transsexual woman 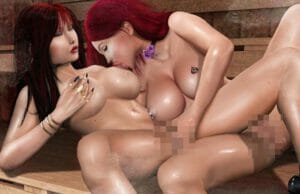 Interesting News
What speaks against it, if a woman wants to do it with another woman? Nothing. Satisfying sexual curiosity is always good, and same-sex experiences can enrich lives. This devotion sometimes becomes possible only among women.