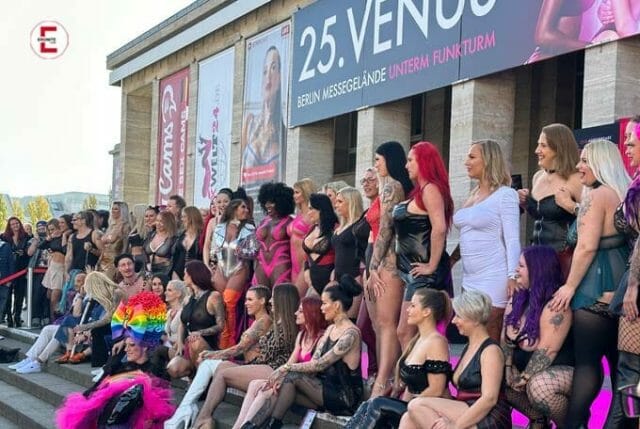 One thing in advance: a fair does not become a festival when you call it that. New name – but old concept. It doesn’t fit.

Each vendor cooked its own soup, with few to no joint or cross-stand shows taking place. Here, however, it must be said in fairness that the stages at FunDorado, Stripchat, visit-x and Mydirtyhobby were really good and animated many visitors to pull out their cell phones and take souvenir photos.

At Mydirtyhobby Texas Patti cut a fine figure and hosted the show with her usual commitment. 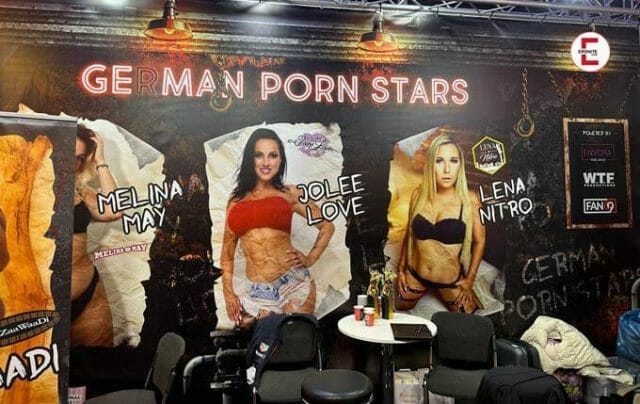 Some dealers mourned the Thursday as a trade visitor day, but with this idea of spatial separation, the fair organizers succeeded quite well in doing justice to all visitors.

The Cam Area offered little for the eye

Sure it’s a matter of taste, but the who’s who of camgirls was certainly not to be found in this hall of Venus 2022, rather the average amateur who wanted to and could present herself to a larger audience at the fair. But except for Lena Heart and Maria Gail (with whom we will soon have an interview) dominated here – and this must be said once so directly – fat bellies, sagging breasts and from top to bottom tattooed and / or sprayed Bimbodolls and other partly unsightly representatives of the German camgirls scene, who often stood bored at their stands.

Only the big show stage in the hall offered a good change to the non-existent program of the just mentioned livecam girls. The shows that were shown here attracted a larger crowd of men (and women), who at least got something for the eye.

Domina Lady Nadine Bauer conducted a fetish casting at Venus 2022. Interested people had here directly the possibility to be tested once discreetly on the slave characteristics. It was a bit more public in the front, where some very respectably dressed dominatrixes cracked their whips and whips on the visitors’ butts, which seemed to bring a lot of joy not only to the participants, but also to the spectators. 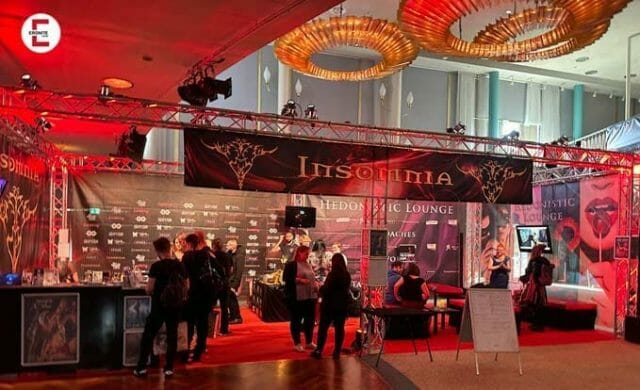 Unfortunately, the peripheral areas of the fetish hall were partly too deserted to let a good atmosphere arise there and so some of the stand operators or exhibitors complained about too little audience. However, this was certainly also due to the somewhat loveless design of some of the stand structures, which did not particularly invite visitors to take a look or even linger.

There was an autograph session in the upper area – it was just a pity that it took place behind the many shoe boxes of an exhibitor and many visitors did not even know that there was something else to see here.

The conclusion for Venus 2022

What was promised could only be partially delivered. Overall, Venus 2022 delivered a solid performance, but the organizers should work on the concept in order not to lose the visitors completely: Lower admission prices, increase shows for women, offer workshops to participate in and offer “late-entry tickets”.

After the corona pandemic, it was noticed that many still did not dare to attend a large event. From this point of view, the rather disappointing number of visitors must be put into perspective. The next Venus in the coming year will certainly attract more visitors and if here and there some adjusting screws will be turned, also certainly a success.

But the most positive thing about the event was something negative: our employees and industry colleagues we met at the show all remained corona-free after recent Covid testing. Well, at least something.

Photos and video © by Heinz Lienhardt – Thank you!

Interesting News
Over a million men in Germany alone go to a prostitute every day to fuck their brains out during paid sex. This man talks about why he wants to pay to fuck and why it's good for him.