Sometimes stories happen that only life can write. This includes a case that ended up in court because a man had forgotten his sex toy in a woman!

How can you forget sex toys in a woman?

A man and a woman met online and arranged to meet for a sex date in a hotel. This happens countless times every day. The couple had previously chatted about sex toys. Both wanted to try it out on their date. The man brought the thing: a dilator. This is a device that is inserted into body orifices to dilate them. dilators are not only used in medicine but also as sex toys. In this specific case, the man introduced the dilator with the knowledge and consent of his partner into her pussy to spread it. It sounds incredible, but he had forgotten the sex toy in the woman!

Judges and lawyers may well be puzzled by this. Maybe there was alcohol involved. However, there is no mention of this. Anyway, the man introduced the dilator into her and the two enjoyed themselves. They stayed overnight at the hotel. He left the room first. The next morning he received a message from his date. The content was quite unusual and piquant. She asked him if he left his sex toy in the woman? She’d have abdominal pain. The man did not go into this question in any detail. He explained that no sex toy was missing and that he could not look now. The woman was content with that.

The truth comes out

This is even to be taken literally. The woman’s abdominal pain was getting worse. In the end, she couldn’t stand it any longer and decided to go to a hospital. There the doctors made X-rays of her abdomen and were amazed: the man had forgotten his sex toy in the woman! The dilator was clearly visible on the pictures. However, the device was no longer in her vagina, but had moved further towards her abdomen.

Several organs had been damaged along the way. The sex toy had to be surgically removed. That the man had forgotten his sex toy in the woman almost cost her her life. If the dilator had remained in her body any longer, she could have died.

Sex toys in woman forgotten – the end in court

Because the man had forgotten his sex toy in the woman, she reported him for dangerous assault. The strange case ended up in court. For the man it did not look good at first. Dangerous bodily injury can be punished with a prison sentence of up to 10 years. Fortunately, however, everything went smoothly. Although he admitted to having forgotten his toy in the woman, the accused was acquitted in all points.

What were the arguments of the judge?

Both parties knew about it and used the sextoy amicably. Because the woman did not see that he removed the dilator, she should have convinced herself that he had not forgotten his sex toy in the woman. Instead, she simply relied on his testimony. Was it ignorance or ignorance, were they both off or intoxicated? That will probably remain their secret.

One thing is for sure: The man will never forget his sex toy in a woman again so quickly. After the lovemaking, he will surely check from now on whether all the parts are there. 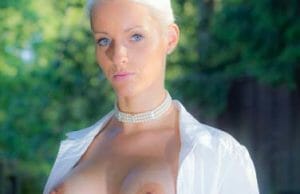