When she entered the cabin after a few moments, my breath was taken away: her legs were wrapped in stockings, wrapped in a short black skirt. When she took off her jacket, my eyes almost fell out. Her gloriously large breasts almost squeezed out of her tight top. The beginnings of her tits were clearly visible, nestled close together and the visible furrow between her breasts invited me to dream how I was about to push my hard cock in between for a titty fuck.

Carolina took a step toward me and leaned down, giving me a long kiss. Her hands she supported on my thighs, I could see exactly into her deep neckline. Her breasts dangled before my eyes like bells, I could hardly concentrate. I had arrived in the land of dreams and wishes. Like paradise or heaven. Any Muslim would be envious of me. 72 virgins and all that!

My hands wandered over her firm buttocks, kneading them and I gave her a light slap. Her fingers had already sought their way to my cock, which pulsated slightly in her warm hands and became harder and harder. She began to jerk him lightly and looked deep into my eyes.

In general, I liked the Venezuelan very much with her angelic face. I would love to make her my sex slave and have her blow me regularly. That would be something that I would really like. Use them sexually, as I just feel like it. Sure, she would get her money’s worth, too. Be it with small gifts on my part or even the one or the other orgasm. Because licking them or even fucking them was also on my plan. It should not become a one-sided satisfaction of lust. And that she also had nothing against a spontaneous fuck now and then, was clear to me. After all, she was a young, sexually open-minded woman in her prime and also had desires that she wanted to act out.

We had already slept together a few times, so I knew that she was not averse to giving herself to me fully. But I wanted to go one step further and make her serve me as a pleasure slave, to fulfill my every desire. And be it ever so outlandish.

She quickly snapped me out of my dreams

Read also: I offered this Latina a job, but she wanted something completely different

Even at that, she moaned softly, but I indicated with my index finger, which I placed on her lips, that she should be quieter. After all, we were in public and separated from the rest of the customers shopping in this store only by a curtain, by a thin piece of cloth. No one could see us, but they could hear us.

Immediately she came closer with her head and nudged with her tongue tip against my cock, but it was still in my underpants. Carolina noticed that he was mightily swollen and ran her tongue up and down the shaft. This pleased me and I let her a little while I could peek into her neckline from above, in which I saw the two objects of my desire.

I tore her bra literally from the body

Now I wanted to see these Wonnetitten but in their full glory and tore Carolina with one hand first the top down and then the bra literally from the torso.

Read also: This is why this blonde Latina from Venezuela is so damn sexy

Now the two solid balls lay directly in front of my cock. The back of her head I still held with a firm grip in her hair in my right hand. But now I let go of the hot girl, pulled my pants all the way down and pressed her tits together with both hands, between which I pushed my glans, already glistening with moisture. I spit on her breasts and rubbed my saliva between them with the tip of my cock, so that my cock could slip better during the titty fuck. With light up and down movements I began to fuck her tits. They were warm, soft and yet firm. A delight! She smiled seductively at me and licked her lips. With an enchanting look in her eyes, she looked at me with her almost black eyes.

But now it was the turn of the sweet Latina

With one hand I pushed her away, stood up and ordered her to rise as well. Since her hands were still cuffed behind her back, I helped her. By the arms I pulled her up and turned her around. Now I sat down again and maneuvered her backwards to me so that she was standing upside down in front of me. I stripped off her panties. From behind I reached through her legs.

Read also: Latina Fernanda Semprun loves to be naked in front of the cam

She was soaking wet with horniness and lust. Without effort I could sink a finger in her pussy. “Your cunt is all wet, my little sex slave,” I murmured in her ear. She moaned as I pushed another finger into her pussy. With nimble fingers I fucked her, rubbing my thumb against her clit. Carolina could hardly control herself at that moment, but she had no choice. She stood dressed only in stockings and high heels, but otherwise stark naked in a dressing room in a clothing store.

But I didn’t want Carolina to climax now. I wanted to make her my pleasure slave and this was her first task to fulfill today. She was well on her way to serving me and satisfying my urges.

Nevertheless, I continued to tease her clitoris, but kept her mouth closed so that no one could hear her. She literally ran out, the pussy juice ran down her thighs, but I fingered her relentlessly further, but was careful that she did not come to orgasm. I always stopped just before, but then immediately continued. She could barely contain herself, begging me to let her come now.

My fingers were totally slippery from her juice

I now had several fingers inside her, moving them back and forth. Her labia were swollen, as was her clit, which I could now clearly feel with my thumb. I twirled it and rubbed it, with my fingers I gave her further pleasure at the G-spot.

But it was not her turn at all. It should be my lust that satisfied her, not her own. Sure I could have fucked her now, she would have been ready and I anyway. All I had to do was bend her over and I could have effortlessly penetrated her wet cunt and taken her from behind. Her round ass even invited to it.

If I really wanted to make her my slave, fulfilling my every sexual desire, I couldn’t give in to my desire now. I was not allowed to fuck her now, even if my cock wanted just that!

With pleasure she sucked and licked my perineum and frenulum

Shortly after, I grabbed her hair again and directed my hard cock now right in front of her lips, which she already willingly opened slightly. At that moment, I pulled out my cell phone and made her a solemn promise that no photo would leave my phone, that the pictures would be just for me and “lonely hours”. What luck that she had no problem with it. And I really didn’t want to share or even publish the photos, they were just supposed to be for me. After all, that would be a nice reminder when I jerk off alone at home later.

My little Latina opened her mouth even wider and licked my frenulum with the tip of her tongue while I occasionally rubbed the underside of my glans over her warm tongue.

Up to the balls I stuck my cock down her throat

She sucked in my thick spear with her insanely soft lips and sucked on it like an ice cream. It was super photos that I shot: my hard cock on her lips and mouth – just wonderful. Again and again he disappeared into this warm pleasure cavity and partially reappeared when she released the glans again.

I told her to open her mouth now while I pulled my pint out of her. A few times I jerked off, but did not want to squirt on her face here in public. So I decided to come in her mouth. So far she had not swallowed my sperm, but from today she should learn it. I didn’t want to risk a mess.

My eggs were filled to bursting and had already become quite hard. My tail was already twitching and now wanted to fling the warm sack cream. With a jerk, I pushed it back between her lips, which she immediately opened again willingly and took my ready-to-splash piston.

I pulled my dick out of her mouth, rubbed the tip of the penis still over her lips and took a few more photos of her cum-smeared mouth and spattered tits and smiled at her. After that, I freed her from the handcuffs and put her back in my pocket.

But next time I would let her blow me in the car. For this I even had plans how she would also get her money’s worth.

But first, shopping was now the order of the day for them. I pressed 40 euros into her hand, said “Buy something nice that will highlight your tits and wear it the next time I pick you up in the car,” pulled up my pants, stowed my still semi-stiff boner, gave her a kiss on the forehead and left the store without another word. 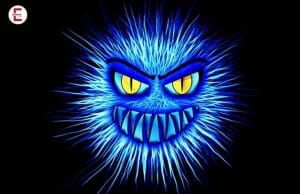 Interesting News
Fewer contacts, less sex, fewer STDs transmitted. Nevertheless, syphilis is on the rise despite the pandemic. Fewer contacts would inevitably have to lead to fewer unprotected sexual encounters. Syphilis cases have actually increased compared to the previous year.