Latte hedgehog and the house slave in heat

Many other animals also live in this small forest. One day Korp the raven comes fluttering in and excitedly makes an important announcement: “Our stream has dried up! The evil bear king Bantur has stolen the water stone from the top of the mountain! We have to get the stone back or we’ll all die of thirst! “. Latte doesn’t hesitate for long!

Thereupon one of the wolves lets out a howling cry and then lowers its head. The leader of the pack is cunning. He says, “We’re sorry, but we just have a woman-devouring disposition. With hot things like this running around, we can’t help it. You’re thirsty, aren’t you? We heard about the drought in your forest. In our den we have jugs of water. You guys want to drink? ” Latte is skeptical, but Tjum urges her to follow the wolves, as she is nearly mad with thirst. She has already lost a lot of fluid on the way through her permanently wet pussy, so it’s getting critical for her. Latte Hedgehog agrees and they follow the wolves into their den. You pour Tjum water into a bowl. Latte declines.

Meanwhile, they’re in Bantur’s lair. Latte Hedgehog has a plan. She gives Tjum the finger vibrator with the stimulation current. She herself wants to roll into a hedgehog ball and bounce against the bear’s testicles. At the same moment, Tjum should shoot the stimulus current so that Bantur’s eggs are grilled. That would put him out of commission for a while. Latte Hedgehog can’t be harmed by the electricity, as she would be protected by her rubber SM clothing. That’s exactly how they implement their plan. Everything works. Then they steal the water stone from the bear’s den and bring it back to their little forest. 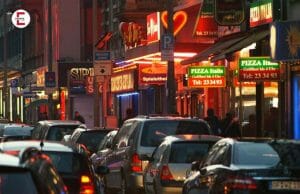