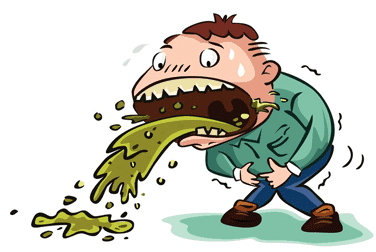 Roman shower – why you are not clean afterwards

A sexual practice not exactly for everyone

The term Roman shower is hardly known and mainly found in the fetish scene. This is a very special sexual practice where the more submissive part (sub) is puked all over by a more dominant part, to put it a bit drastically here.

So this is really about someone throwing up over another person. Most often it breaks on the face of the other or directly in his mouth. Often the sub has to swallow the vomit himself. This practice is consequently a very special form of humiliation, as is the case with caviar and golden shower games, for example.

Disgust and pleasure are close together in the Roman shower

People who have the Roman shower fetish are sexually stimulated either by the humiliation or by the vomit itself. As with all other fetishes, it is not really possible to determine where the causes are to be found. The only thing that is clear is that people with this fetish find it incredibly arousing when someone vomits on them or they swallow vomit. The special constellation between sub and dominant part plays just as much a role as the smell, taste and consistency of the vomit.

For the Roman shower to really work, someone has to vomit. In normal life, this will only be the case when a person is bad. In order to perform vomiting as a sexual practice, it is necessary to stimulate the vomiting stimulus. In the simplest case, this is done by sticking one or more fingers as deep as possible into the throat. Another prerequisite is that you have also eaten something shortly beforehand and that the food is still in your stomach.

The necessary gagging inevitably causes a certain stress reaction in the body, which is why the Roman shower can be very exhausting and unpleasant even for the dominant part. In addition to vomit, a relatively large amount of saliva and gastric juices are secreted. The latter can be quite dangerous and, for example, attack the gums and teeth. However, the risk of infection is much lower than in caviar games. However, a Roman shower is not really hygienic. Afterwards you should definitely under the shower. 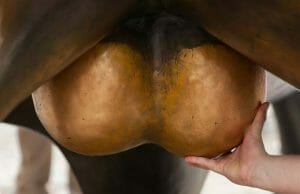