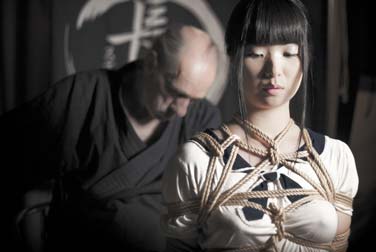 Osada Steve began his career as a pornographic bondage artist in the 90s as a student of the legendary Osada Eikichi (1925-2001). After several years without a permanent residence and living in the East Asian states of India, Thailand and Hong Kong for about a year each, he decided in the 1980s to move to Japan, where Osada Steve still lives and works today. He also spent years travelling in East Asia before making a permanent decision to go to Japan. He visited Sri Lanka, Malaysia, Bangladesh, Myanmar, Korea, Taiwan, China and Vietnam. 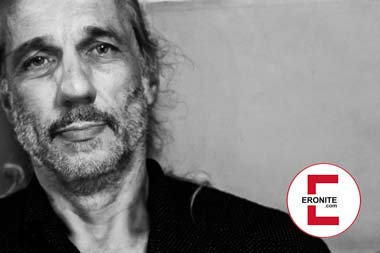 As is so often the case, this view of Japanese society and government has ironically contributed to the fact that the scene in Japan is particularly “abnormal” and sometimes also shows a not insignificant amount of criminal energy. Since Japan is hardly interested in the country’s own SM scene, the Yakuza (the Japanese Mafia) is also involved. 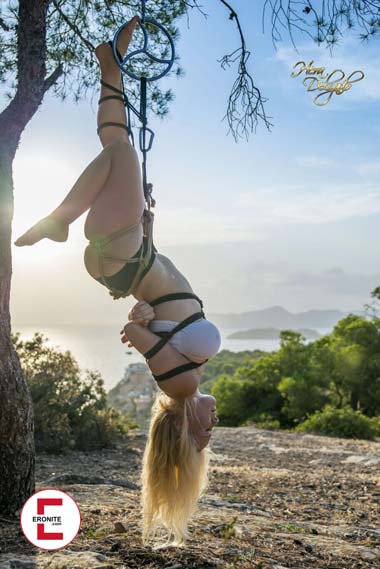 In the 90s Osada Steve photographed and documented a significant part of the exciting Tokyo fetish scene. In the context of this activity he finally met the rigger Osada Eikichi, master of the Japanese bondage style Kinbaku. Eikichi became Steve’s mentor and taught him Kinbaku. In return, Steve helped him with his performances in Japanese underground establishments and strip clubs. It was a win-win situation for the two, who supported each other from now on.

After Eikichi’s retirement due to illness in January 2001 and his subsequent death, Steve took over his work. Since 2001, hardly a day goes by without the Far Eastern Rope Artist standing on stage. In addition, the rigger has to prepare and test his performances of course. In addition, the bondage master must take care of new orders and acquire prospective customers who want to stand for his bondage model. Admittedly – this is not particularly difficult, because every Ropebunny would like to work with Osada Steve at least once in his life.

He also gives seminars and instructions for prospective Rope Artists and Riggers. You can also book him as a teacher for private courses in Kinbaku. This is characterised above all by the fact that the model is not completely immobilised by the bondage. Shibari developed from the Hojojutsu bondage technique of the Japanese military and police. 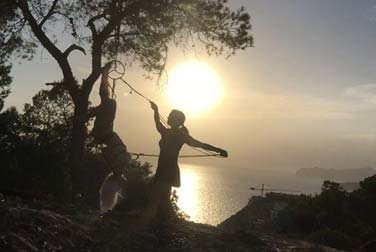 Kinbaku (outside Japan often also called Shibari) is the best known bondage technique in Japan. Its origins go back to the way the police and military in Japan used to render criminals and enemies unable to fight and move.

Shibari: Simple – but beautiful
It is also typical for Shibari that the ladies are wrapped and tied up with simple, but artistic and ornate knots. Therefore this technique is also called Shibari by western Rope artists, which literally means “decorative lacing”.

Kinbaku, on the other hand, translates as “tightly fettering”. No matter what name is used to describe the lacing technique, ropes made of jute, hemp or linen must definitely be used. In Japanese these ropes are called Asanawa. Leather, metal or plastic ropes are therefore taboo for Osada Steve and his colleagues.

Valérie Francès-Pecker-19. February 2021
The love horoscope for Pisces is clear - this sign of the zodiac does not like to be lonely. They do not like being single, but the fish does not become really active either. Suitable: Fish like to be fished!