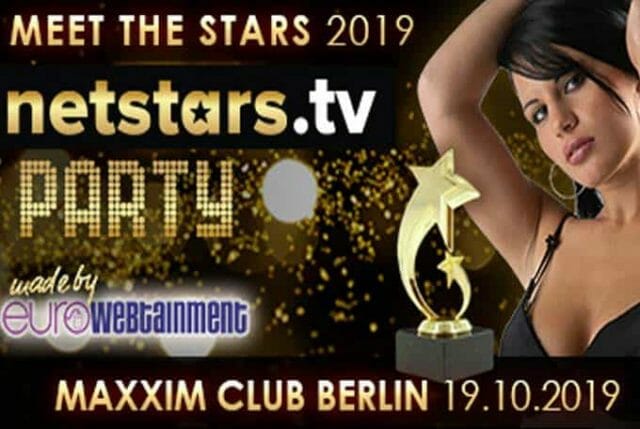 What is Netstars.tv Party 2019 about?

One of the girls looks hotter than the other. You can tell they enjoy sex and know how to handle men. However, Netstar can become not only attractive women, but also men. Anyway, among the nominees there are some who look like real guys (and probably are).

Where will the event take place?

The venue chosen for this year’s big event was Maxxim Club Berlin. An excellent choice for a party location. The former police station is located on Joachimsthaler Straße very close to Ku’damm. The nightclub is easy to reach by public transport. It advertises itself with the motto “The party living room of Berlin. Celebrate in a relaxed and almost family atmosphere without discrimination, violence or drugs. The club offers its guests several lounges and a VIP area.” No wonder the Maxxim Club was chosen for the Netstars.tv Party 2019.

What awaits the guests?

The official start of the Netstars.tv Party 2019 is around 9:30 pm. The star guests and netstars arrive. A photo shoot will take place in the entrance area of the Maxxim in front of the press wall. Afterwards, the big bash gradually gets underway with a champagne reception for the guests. The monitors of the Maxxim present the individual Netstars in large format. However, guests need not fear that they will have to watch only TV throughout the evening. Starting at 10:30 p.m., sexy live shows will start on the club’s stages, guaranteed to heat up the guests.

From 1:30 a.m., the big Netstars.tv party 2019 really gets going. You can feast your eyes on curvy GoGo girls or enjoy shows on the stages.

Vote or nominate yourself as a Netstar

This is possible until just before the Netstars.tv Party 2019 on Saturday, 19.10 8 pm. The voting will take place on Facebook. There you can see the photos of all participants. Anyone who wants to become a Netstar themselves can register online at netstars.tv. However, it might already be too late for the Netstars.tv party 2019, but the next party will definitely come back to Berlin!

Trucker sex: This is how I let truck drivers fuck me...