A star reinvents himself

Already in 2010 we could admire Mia Julia in hardcore porn. At that time 24 years old, she was under contract with Magmafilm (just like Vivian Schmitt) and won the Erotixx Award as best German newcomer. Under the stage name Mia Magma, she remained loyal to the label until 2012 and starred in 15 productions (according to Wikipedia). Her slim body with 42 kilograms distributed on 157 centimeters is a man’s dream made flesh. Long blonde hair frames a pretty face with blue eyes. Before joining Magmafilm, she and her husband were pub landlords, and before that the pretty blonde worked for five years in her learned profession as a hairdresser.

But she did not want to be reduced to her dream body and sex. She began an equally successful career as a singer and entertainer under a new pseudonym. Party music and Schlager are the profession with which she also entertains her fans very well. It is fair to say that this woman regularly reinvents herself.

Look deep into my eyes and fuck me

Mia Julia also peels off the lingerie. Then she enjoys his part alternately in her smoothly shaved love cavity and her mouth. Such treatment is not without effect. And many spectators then watch spellbound as the slimy cream flows out of Mia Julia’s great body.

This is not a math problem, but as a result a pretty big cock! Namely, these numbers describe the format of a penis that Mia Julia likes to play with in hardcore porn. This turning partner is also equipped accordingly. While he is still freeing her from her black bra and panties, his best friend is still demurely hidden in his boxer shorts. But it quickly becomes too cramped there, so that Mia Julia quickly makes big eyes. She is used to a lot, but she still enjoys it that her partner also proves to be a tongue acrobat. Skillfully he increases her arousal by licking out her private parts with pleasure.

She just enjoys it when she is penetrated everywhere by the beauties. Mia Julia doesn’t just like to be the center of attention, during sex she also likes to lie between her two lovers. And which of the watching men does not enviously dream of being in the place of one of the two teammates?

My husband and me – very private sex 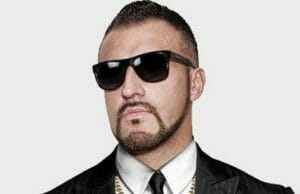 Birthdays of pornostars
Happy birthday, Bang Boss. On behalf of all users and the Eronite team, we congratulate you on your special day and wish you all the best!