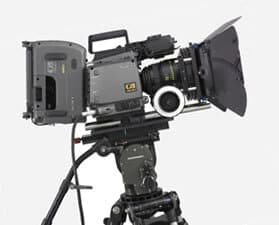 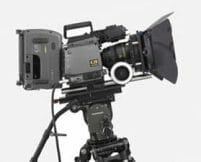 Most of the people who come to such a casting apply as performers. So what they have to do was clear to me. What I had to do, though, yes, that was the task, the surprise that awaited me in Dortmund. On the drive there, I wondered if I should be nervous, but since I didn’t really know what was coming, the nervousness was contained. Rightly so. In fact, I was greeted so warmly by Hera and the other Eronite staff (many of whom were new to the team themselves) that I immediately felt at home.

After a short meeting, we were able to look around the filming location, the BEDO studios, and “feel” the location a bit. And then it started. The first guests were there. Mainly men – most of them much more nervous than I had expected – were now greeted by us. A few still had questions about the form everyone had to fill out or about the necessary ID shots, a few just wanted to chat a bit until things really got going. Free drinks were also available at the bar of the BEDO studios, so a relaxed, anticipatory mood was ensured.

After the rooms had slowly filled up, there was a small welcome speech from Hera, as a starting signal, so to speak. And then it started. 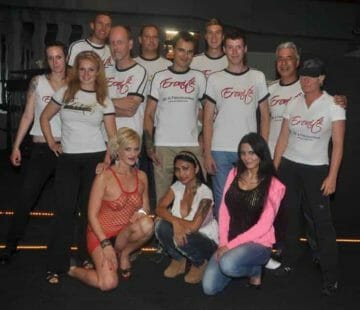 On the second floor the fetish casting took place and on the first floor a set with Kim Triple X was taken over by a team and Hera took me to a second set, which to my great surprise and joy she left to me. Here we go! Two women who wanted to be cast and five casting-enthusiastic men. That things got wild was proven by the bed, which collapsed after a few minutes. However, the ladies and gentlemen were not disturbed by this.

After everyone was happy on this set, the ladies were given a break, after all, they should be back to strength for the next round.

Xania Wet, who had picked a few gentlemen out of the crowd, was now allowed to take over. Here the crowd was now bigger than on the previous set – Xania is no stranger after all.

After she made the men happy, it was on to the next set for me. In between, there were always small conversations with Hera and other team members, about who should shoot where and of course which candidates had stood their ground and were one round further. 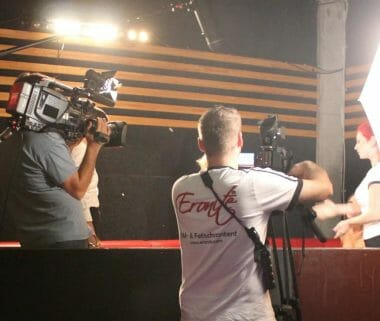 Two men, whom I had examined in the first run, were then also allowed to run a second time under my gaze and gave everything again. The two ladies also seemed thrilled. So first of all we sent all four to Hera, who took over the further talks.

And so it went on for several more hours – non-stop action! A highlight was also a somewhat more intimate shoot I had with an applicant and his favored applicant in a separee of the studio. The atmosphere was more intense than on shoots with many spectators. I liked it very much.

At about 6 p.m. all visitors of the casting seemed happy and also the team of Eronite made a satisfied impression, which is why the casting was finished and many satisfied people went on their way home. Because as one applicant had put it, “There was enough action to get a good night’s sleep tonight!” For us, a final talk followed, in which Hera expressed, to my delight, that I might try my hand at directing Eronite in the future. So I’m excited to see what comes next, but I have to say that standing behind the camera is actually more work than I thought. However, work that is fun!

Dating psychology
The pleasure requires some strength and endurance from both sexual partners. A helicopter does not get into the air by itself. In order to reach the heights of sexual pleasure, rotary movements must be used like a helicopter.