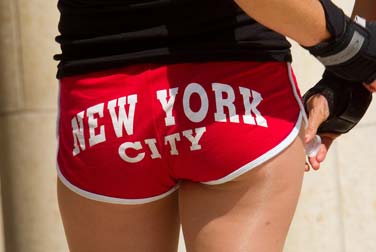 Where is the right to sexual self-determination and a voice for diversity?

Especially with the prudish Americans with their pious, Christian everyday views one would not expect this headline. Because in most US states, prostitution and sex work is strictly prohibited and punishable by fines to imprisonment. And now they want to legalize prostitution there of all places?

The only small exception where sex work is legal is in some parts of Nevada, where sex trafficking has found a space alongside gambling. Now, however, New York wants to be the first state to push for the legitimization of sex work and prostitution. Advocate for sex workers, make their voices heard. And clear up outdated yet controversial regulations and taboos. 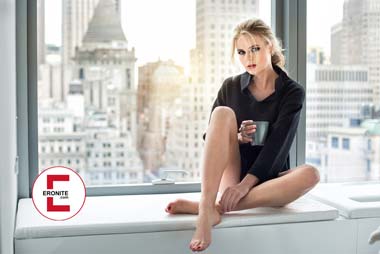 In many places, clients of sex workers are still severely punished. Even if the sex is in a consensual transaction with all boundaries considered. It’s about much more than the exchange of a service in the process: it’s about sexual freedom and self-determination. That’s the argument not only of the stakeholder group, but also of a number of New York senators, who are advocating for the legalization of prostitution in a 13-page bill.

It is important to adhere to certain limits and guidelines. Still, the female politicians around the advocacy group “DecrimNY” want to clean up outdated, conservative Republican attitudes toward paid sex and sexual self-determination. Encrusted views should now come to an end!

The aim is to halt the impending social downward spiral threatening street-dwelling youth and illegal immigrants who turn to sex work. Thus, paid sexual services should henceforth only be allowed to take place at certain locations, i.e. a working environment should also be created for this form of work. Just like any other profession has.

Diversity of lifestyles is important and needs a lobby to speak for and give voice to oppressed groups. Legalizing prostitution is now time.

Decriminalisation of prostitution and dissolution of ambivalent grey areas

Creating a space for the decriminalization of prostitution is a difficult endeavor in the USA. Not only is there great suspicion regarding sexual service, no doubt rooted in America’s cultural history, but the boundaries between pornography and sex work are illogically ambivalent. After all, if a sex act is captured on film, it’s strangely not against the law in the US. The market for pornography there is therefore one of the largest in the world. It is growing more and more in the age of the internet. The boundaries to prostitution are fluid and one moves thematically in an inconclusive grey area.

Similarly, one problem is that sex workers are often victims of police violence themselves, acting one way and another. Senator Jessica Raven now wants to take a stand against this problem and legalize prostitution. Once a former sex worker herself and a member of the advocacy group “DecrimNY,” she stresses the need to decriminalize prostitution.

A milestone for the adjustment of life realities instead of antiquated illusions and taboo: The aim is to put an end to absurd arguments and to bring about an improvement in the living conditions of sex workers. Only when antiquated illusory ideas are replaced and brought into line with the actual reality of the lives of those affected will people in this profession also come to make self-determined choices and also to live their sexuality freely.

New York’s women senators will have reached an important milestone if they succeed in legalizing prostitution.

How the Syrian Anes Tadim seduced me wholesale

My confession
A man God could not have created better and he knew what I was thinking. At least it immediately tingled between my thighs. Anes Tadim immediately jumped towards me. He knew exactly what he was doing and that was not to remain without consequences.