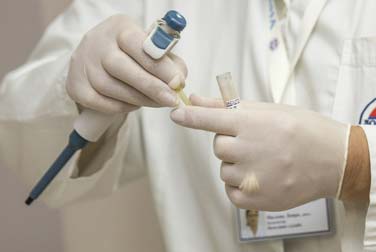 Getting wet at the doctor’s is not uncommon

They say other women feel the same way I do

Ever since I first saw a doctor with his white gloves – as far as I can remember – I have been crazy about the demigods in white. Even as a teenager, I used to get wet at the doctor’s. But what’s happening to me? 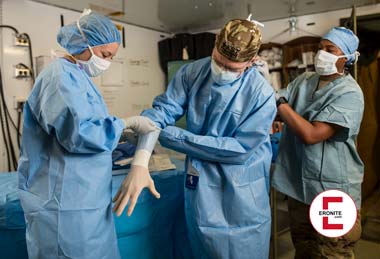 It happens almost every time

I can’t really defend myself against that. It just happens. Most of the time I get nervous in the waiting room because I know that I will be called to the doctor’s office right away. Then it’s time, my knees get soft, my hands and finally my crotch get wet at the doctor. Even if I’m not even naked or he touches me. Just the thought of his white gloves, which he always puts on before the treatment, makes me hot.

It’s really bad, of course, when I’m already sitting in the doctor’s room and know that he’s about to come in. That’s when I imagine the craziest things. Although I’m already aware it wouldn’t come to that. Doctors are way too professional for that.

»  Sexy Girls for you

What a shame! I would love to be seduced by such a god in white. Best in practice right away. However, this will probably remain a dream for life. If I get wet at the doctor’s, it means at least that my libido is still okay.

Getting wet at the doctor does not have to be embarrassing

Sure, there comes a time when the doctor touches me. I must touch. That’s his job, his job. I’m sure he won’t have sexual thoughts with him. Unlike me. I imagine him with his white gloves gently touching my body, exploring every spot. pretending it’s all necessary. I’m sure he’ll notice me squirming a little. It’s happened to me before that I get wet at the doctor’s. I was a little embarrassed at first, but now I’m really trying out these situations.

Once it even happened to me that the pussy juice ran down my leg because I was so wet. Sure, that was a bit unpleasant for me at first, but somehow it was also pretty awesome. Just at the thought of it I get hot and wet again!

Wet dreams: not only teenagers have it

I look into the doctor’s eyes when he examines me. Can he see my lecherous look? My thoughts drift away as I lie down on the paper sheet on the couch, clothed only in panties. That a wet spot has formed there in the meantime has not escaped him. He feels my bosom, brushes (or strokes?) my stomach again and again with his gloved hands. Slowly his hands wander deeper and my vagina leans for a touch – I get wet at the doctor and enjoy it!

“Everything’s fine,” the doc pulls me out of my dreams. Damn, it was just another daydream. Again, my hope has not been fulfilled. Will he touch me someday when I get wet at the doctor’s?

Interesting News
Girlfriendsex is also feasible with a hobby whore. But is it possible for purchased sex to be accompanied by the same tender feelings as a couple who are actually together? We highlight the advantages and disadvantages.