The choice of potential sexual partners is greater than ever before

Dating apps like Tinder, new casual relationship constellations like open relationships or Friendship Plus, and further increasing openness to homosexuality. The topic of “sex” has long been de-tabooed. Nevertheless, a new study shows: Germans are having less and less sex. But what are the reasons for less and less sexual intercourse? Which group is particularly affected: is it singles, seniors or couples?

According to the new study “Freizeit-Monitor 2019”, only 52% of all Germans, i.e. only one in two, have sex at least once a month. Five years earlier, the percentage was at least 56%. Even the age at which Germans experience their first time is on the rise again for a long time. The results of the individual groups are also shocking, because they speak against all stereotypes.

It is the libertarian Germans who have the most sex. Among them, surprisingly, parents represent the most sexually active group. A full 82% of German parents become intimate at least once a month, 59% of them even on a weekly basis. The figures for childless couples look similar.

Only 49% of German singles have sex at least once a month, rare 27% of them weekly.

Among people over 65, only 23% become intimate monthly. A meager 7% of retirees have sexual intercourse weekly.

The scientific director of the study, Prof. Ulrich Reinhardt, suspects that the reasons for less and less sex are factors such as increasing stress and pressure to perform. As a result of everyday stress, there would be little time for togetherness and eroticism.

Expectations in the bedroom, for both women and men, are also continuing to rise, he said. This would also continue to increase the pressure to perform.

The Stiftung für Zukunftsfragen (Foundation for Future Issues) in Hamburg has been conducting regular surveys of Germans’ leisure activities for about 30 years. The latest representative study “Leisure Monitor 2019” was conducted in July. For this purpose, over 2200 over 14-year-olds were personally interviewed about their leisure activities, including 90 different activities. The foundation is an initiative of the tobacco company British American Tobacco. 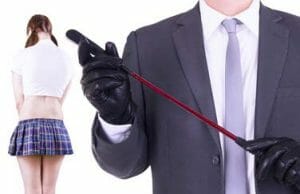 Interesting News
The crop is a percussion instrument that can cause a lot of pleasure, but also a lot of pain. It is often thin and literally incisive. When the top really pulls through, there are instant welts and the skin pops.