Revolution in the world of games

The course of the Adventure Sex Game

Even after the third run-through, our testers discovered funny text passages that they had previously missed. During the game there is usually background music playing. Here the player can choose between different genres. It is even possible to run your own MP3 collection during the game instead of the default music. The background music is only interrupted by the videos that are played.

But now to the plot of the Ordgame parody. The player slips into the role of the male wannabe secret agent. At the beginning we have our own detective agency, but no orders and a pile of debts. In addition, the protagonist suffers from an almost chronic lack of sex. How could it be otherwise in an adventure 3D sex game? The hero is given a mission, which at first seems completely unremarkable. Shortly after, he meets the first, extremely attractive, lady who needs to be won over.

As with any Ordgame parody, there are text passages to choose from, which, if used correctly, will lead to success. This requires the ability to think “outside the box”. Not every sentence that the player is given as a choice makes sense at first glance. Older game fans will be reminded here of the brilliant text passages from Monkey Island. Pure nostalgia. If the player has done everything right, he is rewarded with a video sequence and gets to see his hero in action.

Best graphics in the video sequences

Even though an Ordgame parody consists mainly of text, the developers have really slaved over the creation of the video sequences. The videos, of which there are exactly twenty in the game, impress with photo-realistic graphics and first-class sound.

Even individual beads of sweat and other body fluids are clearly visible. To fully enjoy the soundtrack, headphones are recommended at this point. If you have surround sound at home, you should turn it on as well. In order to enjoy the videos smoothly, the graphics card at home should be at least halfway up to date.

We reveal the cover secret THE WORLD OF VENUS IV

The rest of the plot of the sex game

Also read: This gamer slept with 11 women in two weeks

The creators of the program have built into the game every tactic, no matter how absurd. At this point it should be revealed that for some ladies several paths lead to the goal. Of course, the player can also focus on the main quest and play an agent game. However, most users will fully enjoy the adventure sex game, which is the whole point of this game.

Is there a cheat for the one adventure sex game?

The ambiguity of the word cheat should be pointed out again at this point. Because the hero, married, cheats all the time.

But is it possible to make sure that you get every woman during a single game by pressing a button? Only the programmers know that at the moment. Furthermore, we cannot and do not want to present chats here. However, experience shows that it won’t be long before the Internet is full of illegal or semi-legal solutions for the adventure sex game. Whether the Ordgame parody is then still funny and fun, each user must know for himself.

Because even though many users just gave the school grade three (i.e. satisfactory), this is to be understood in a slightly different way.

Strictly speaking, it was only a matter of time before the first developer launched an adventure sex game. Eroticism is everywhere. Movies and books are full of them, no advertisement can do without pretty women. Sex sells. So it was perfectly clear that the gaming scene would also jump on this bandwagon.

Even the Vatican has already intervened

The game tackles salacious topics, but none of them can be placed in a current context with the church. Nevertheless, it went like wildfire through the gaming news: Vatican wants to ban adventure sex game! Well, what was that about the glass house and the stones? 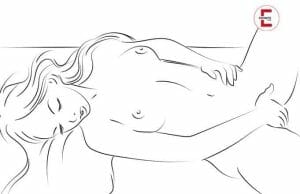