The films by US director Greg Lansky are also characterized by impressive picture quality. Fans even celebrate the films as art. These productions can also be found on the free sites only as a short cut in reduced quality. Those who want to enjoy the movies in 4K have to pay.

And the Germans are obviously happy to do so, putting up to 24.90 euros on the table for a 4K movie of up to 30 gigabytes by Marc Dorcel or Greg Lansky. Unfortunately, you can’t find any German productions on the market. “Regrettably, high-quality German productions hardly play a role anymore, yet we naturally also offer all domestic productions,” the spokesperson emphasizes.

Magmafilm is considered the most successful studio in this country. Mia Magma, today Mia Julia, stood here for the first time in front of the camera and became known with the label before she started her great career as a Mallorca singer. In the meantime, productions from German swinger clubs are among Magmafilm‘s best sellers.

Also very popular in his own country: Tim Grenzwert and his BumsBus productions. German Scout with its classic street flirts also enjoys great popularity among Germans. Both production companies are among the successful newcomers in the industry. 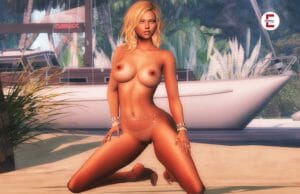