Too proud for teaching, too beautiful for logistics

Until my school-leaving examination in June 2015, the signs for me, who had just come of age, were still pointing to “ordinary citizen”. In other words: school, state and society were convinced that Niklas Felix Marsolini, after voluntary service and studies, would have no problem being squeezed into the colony of servile worker ants called “society”.

Fucking and being fucked

Google knows what is good

Among them are certainly websites of professional rapists, who seduce young women and often young men to alleged pornocastings, only to rape and often murder them. This criminal, inhuman scam has become such a big problem that Eronite has dedicated an article to it on porno-casting.info an article of his own.

Lola Taylor – Another victim of the casting trap

The mails helped me to overcome the agonizing waiting time until 6 October (eleven days before my 22nd birthday). Finally, the time had come and I drove on 5 October via BlaBlaCar to Euskirchen, a medium-sized town 50 km southeast of Cologne. Of course I was excited, because the next day I would not only have sex for the first time in front of the camera. No, I’d be having sex for the first time ever, too. Considering my charming, self-confident appearance, you may not believe it, but in front of the October 6th I was actually still a virgin!

At first I assumed that I would “only” shoot with her, but to my surprise and delight director Patrick planned a three-way with Patti, Cat and me. Even the pope couldn’t be there! So I agreed to the script, which was about the loss of my virginity. Besides the director and the cameraman, two likeable young men from RTL were also present. There were also several spotlights in the room and a small camera hung from the ceiling.

Lord Mars at your service!

Nothing pleases me more than helping fucked fellow citizens to stop getting fucked all the time and finally start taking the reins into their own hands and fucking themselves!

Stephan Gubenbauer - 11. December 2021
I am Martin, 50 years old, married for 20 years, actually always heterosexually inclined and never had even the slightest feeling to find men sexually attractive, until that day of which my confession is about, when I suddenly became bi. 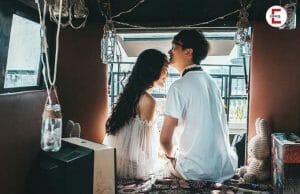 Dating psychology
Men can be very simple-minded at times, and it is said that on a first date a man needs no more than 20 minutes to decide whether or not he wants to have a second date with a woman. What guys really expect when it comes to dating, we reveal to you here!