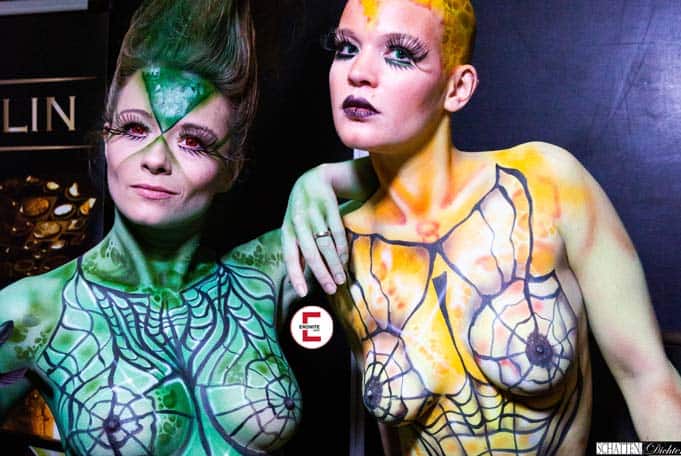 The fetish fair Passion 2019 was more than worth a visit

Hamburg, Schnelsen district. Here at the Modering are the exhibition halls While books, car parts or other things are often presented here, the Bondage and Fetish Fair Passion 2019 took place this week. Small but nice. This is almost the annual motto under which the event is held every year. Whereas this year it wasn’t so small anymore. 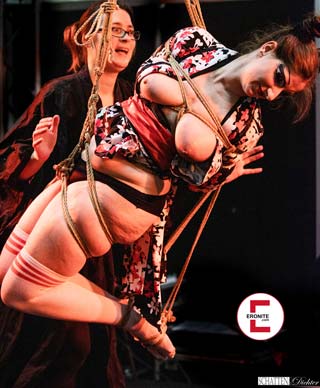 A strikingly large number of couples attended the event

Gisela and Jochen visited the exhibition about fetish, BDSM and bondage for the second time. The married couple in their fifties has been at home in the SM scene for years, making the journey from Bochum to Hamburg every year. The Passion 2019 bondage and fetish fair is not only a fair for them, but a meeting with friends. During the day they stroll through the halls with acquaintances, in the evening they let it rip at the debauched parties. Even and especially at their age, as they explicitly emphasize again and again. She is dominant, her husband her slave. They live an up and down typical S&M relationship.

Only their closest friends know, acquaintances and family have no clue what the two of them are up to behind closed doors in their specially furnished “hobby room” in the basement, which is more like a dungeon or a dungeon than a dignified hiding place for Christmas decorations, lawn mowers and old winter coats. The adult children of the two have already moved out and have never been aware of their parents’ perverted tendencies. That was always important to Gisela and Jochen. 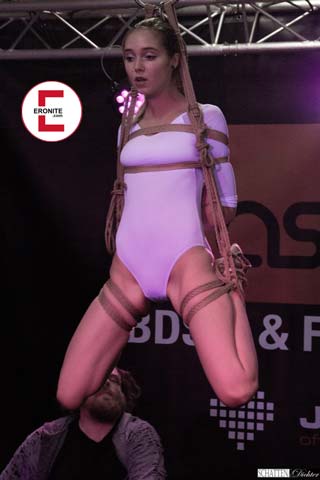 “Ordinary sex” is almost nonexistent between the two of them…

When they “play” – as the two call their sexual activities – it often begins with a ritual. After the heavy iron door of her torture cellar has closed, Jochen has to get on his knees and kiss his mistress’ feet, almost caress them. Jochen is always naked, Gisela wears a corset or a corsage that exposes her heavy, already slightly sagging breasts. An outfit that she has also now chosen for the bondage and fetish fair Passion 2019 in Hamburg. Mostly she ties Jochen’s hands behind his back. “To get at his sensitive spots better,” Gisela freely admits.

They plan to get ideas at the Passion 2019 bondage and fetish show. They talk to a manufacturer of S&M furniture, want to buy a St. Andrew’s cross for the basement dungeon at home, the dungeon where they live out their secret passions with each other. The Sadomaso couple only has contact with like-minded people during the parties at the fairs. Then Gisela lends her sub to other ladies. Regularly to Lady Soraya, who is also at the show and is always on the lookout for play partners.

If the wallet will allow it this time again, Gisela and Jochen will cover themselves with new clothes made of leather at the bondage and fetish fair Passion 2019 again this year. Both love this material, like the smell and the wickedness that clings to it. We let the SM-couple rummage a bit at the stands, later we will see them again at a live performance, for which Gisela has “provided” her Jochen, after that we lose our way at the fair. One notices very much that Jochen is exceedingly submissive. His wife holds the sceptre. Probably also outside the exhibition halls.

The aisles of the Passion 2019 bondage and fetish fair are packed with chains, straps, ropes, whips and all manner of toys for the inclined sadomasochist. Not only Hamburgers stroll over the fair, it is actually mainly couples (but also single gentlemen looking for dominant women) from all over the Federal Republic and also from neighbouring countries. We meet a couple from the Netherlands who call themselves “the perverted Dutch”. When asked, they would rather not tell us exactly why. Both walk (almost) stark naked across the fair and lead each other on chains across the event. Even their chokers look like they’re forged from cast iron steel. What her fetish is, we can only guess.

At least on Saturday the bondage and fetish fair Passion 2019 at the Hamburger Modering is very well attended, but not too crowded. At the one or other booth we meet familiar faces, for example Lady Nadine Bauer from Bavaria, who will lead our Fetishcasting in Munich. We are very pleased that she found time for a short interview, which we would like to share with you as part of our filmic follow-up coverage:

During the following hours at the event we meet the most different people, who indulge their respective fetish here publicly:

In short: Who was not there, should mark the date for next year. A visit is always worthwhile.