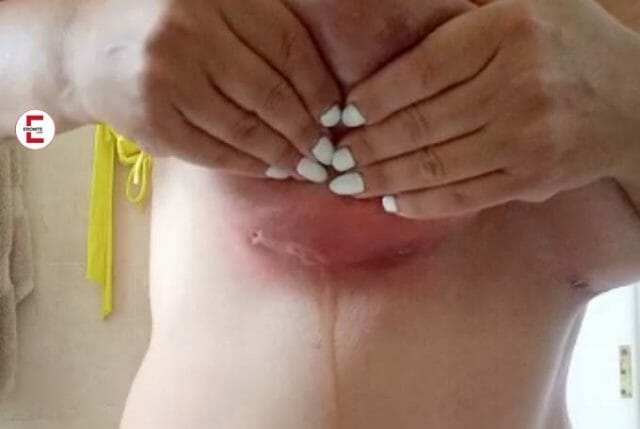 Frank (48 years old, name changed) is the head physician of a large clinic in Munich. He specialized as a specialist in aesthetic and plastic surgery a long time ago. In short, he tightens faces and helps women achieve larger (and sometimes smaller) breasts. Natural bust wonders like Xisca Bond are not his clientele. Frank is married, has a small daughter and lives in a fashionable villa district in a suburb of the Bavarian capital. During the day he is the serious doctor, but in the evening he increasingly wants to drink the wound water that runs out of his patients’ sutured breasts. 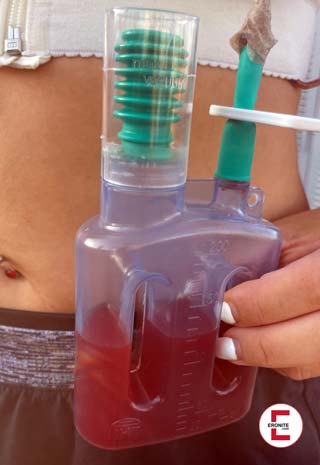 Sure, Frank knows that this behavior is not quite normal. He has a panic fear of being discovered, which would certainly result in the loss of his job. During the day, he operates on his patients, inserts implants made of silicone and sutures the incisions on the breasts closed again. Often a wound secretion is formed, which is drained out of the body. He collects this wound water in a small vial, which the patient must carry outside her body for a few days. From the chest, the wound exudate (the technical term) runs through a small tube into this container.

The women, of course, know nothing of the chief physician’s penchant for drinking wound water. After a few days of carrying, they return the often well-filled bottle to the doctor, who pretends to dispose of the container properly. Secretly, however, he retrieves it from the trash garbage can for surgical waste after work. Actually, this human waste should be sent to a special disposal, but Frank has something else in mind with it. In the evening, he takes a glass, puts an ice cube in it and drinks the wound water “on the rocks,” so to speak.

Sexual excitement with the knowledge of the forbidden

What Frank is doing is forbidden. He knows that. Nevertheless, he cannot let go of his fetish of drinking the wound water while thinking of the particular woman from whom it comes. He enjoys it when the secretion runs down his throat. It excites him. Sexual. He himself thinks it is perverse and has tried to get away from it many times. But it’s like an alcoholic. Except that Frank reaches for a different bottle.

The woman for the surgery fetish

When it gets quiet in the clinic, he sometimes drops his pants and masturbates. The thought of the patient squeezing the wound water out of her breasts, it rinsing his mouth and him tasting every drop with his tongue with relish. If there were no taboos, Frank, the chief physician, would share his fetish with like-minded people. But there is certainly still a long way to go until then.

Wound exudate (also wound secretion or wound water) is a fluid produced and secreted by the human body during all phases of wound healing. Wound exudate is a filtration product of blood and is an odorless, yellowish to clear appearing fluid. (Source: www.mediset.de/wundexsudat/)

My confession: fucked backstage at a SOMA concert